Chinese began arriving in large numbers in South Africa in the 1870s, through to the early 20th century initially in hopes of making their fortune on the diamond and gold mines in Kimberley and the Witwatersrand. Most were independent immigrants mostly coming from Guangdong Province then known as Canton.

Due to anti-Chinese feeling and racial discrimination at the time, they were prevented from obtaining mining contracts and so became entrepreneurs and small business owners instead.

Dr. Yoon Jung Park, a non-resident Senior Research Associate of the Sociology Department at Rhodes, writes: “South Africa is home to various communities of Chinese people who arrived at different times and from different parts of China and Taiwan. But the differences among them do not stop there: they speak different languages, practice different religions, and have vastly different levels of integration into local and national society. There are tremendous gaps among Chinese immigrants in South Africa in the areas of education, income, and experience. Some are citizens and permanent residents, determined to settle and make contributions to South African society. Others remain sojourners, planning to eventually return to China.”

But the story of the resilient Chinese Community in South Africa cannot be told without the tale of Mr. W. K. Pon, a South African-born Chinese. The septuagenarian is of one of the families that have remained

As part of the Wits Africa-China Reporting Project workshop, we (journalists) were taken to the Chinese Association of Gauteng, Commissioner Street, New Town in Johannesburg, on November 9, where we interacted with Pon. Born in 1940 in Johannesburg, Pon appeared lively and strong as he was excited to meet African and Chinese journalists reporting Africa China issues together.

Pon drew our attention as he quickly went into explaining how the Chinese Community remained focused to settle permanently despite the class turbulence that tackled the apartheid system in South Africa.

Pon is the Retail Director of Sui Hing Hong, a Chinese Supermarket in Johannesburg. Pon’s parents fled China after Japan bombed their country at the start of World War II. His father opened the shop three years later, naming it after his mother.

“My father migrated here in 1937 when Japan was ambitious to take over China, and the whole world. Japan started from the north, coming down, started throwing bombs and others,” the South African-born Chinese said. Before then, Pon recalled that his grandfather had migrated to South Africa in 1898.

“Not that my grandfather was here, but because of the situation in China, my father had to come to South Africa for better life. He had no option but to come here,” he said. Amid the segregation storm, Pon said he still attended Chinese school, thus earning for himself fluency in his mother tongue.

Under the apartheid-era Population Registration Act, 1950, Chinese South Africans were deemed “Asiatic”, then “Coloured”. “We were very much discriminated against,” Pon sounded. “During the apartheid, we could not do anything: we couldn’t vote, we couldn’t own properties, we couldn’t make any decision,” Pon said.

Under the apartheid system, the Chinese were lumped together with the country’s Indian population and then with those of mixed race ancestry, in a category called “coloured.” They were barred from living in certain areas and traveling without approval.

The Transvaal Chinese United Club, Keeping the Chinese together as one family

Founded in 1909 by the small pioneering Chinese community, the club offered rooms for newcomers as well as attractive social amenities. Funds were raised to uplift the local community, Pon said. According to him, the Club was used for all Chinese activities including, funerals, weddings and festivities among others. “When Chinese died at the time, nobody cared, so we have to hold the funeral there.”

Interestingly, Pon admitted that things started getting fine for the Chinese following the end of apartheid system in 1994, thus seeing an influx of Chinese immigrants to South Africa. It is estimated that there is also a significant group of Chinese South Africans, approximately 300,000 individuals, of whom the great majority are recent immigrants of the last two decades.

Erwin Pon, Chairman of the Chinese Association of Gauteng

Furthermore, many Chinese community organisations have flourished throughout South Africa, but one of the oldest still in existence is The Chinese Association (TCA) Gauteng, previously known as the Transvaal Chinese Association.  It was formed in 1903 to represent the interests of the approximately 900 Chinese who lived in the province then known as the Transvaal (across the Vaal River).

Entry to the New Chinatown in Johannesburg ‘s suburb of Cyrildene

Following the end of apartheid in 1994, Chinese began immigrating to South Africa in large numbers, increasing the Chinese population in South Africa to an estimated 300,000-400,000 in 2015. In Johannesburg, in particular, a new Chinatown has emerged in the eastern suburbs of Cyrildene and Bruma Lake, replacing the declining one in the city centre.

There’s no shortage of interesting things to do in Gauteng, just in Cyrildene alone. To enjoy an authentic Chinese outing, head down to Derrick Avenue in Cyrildene where the street is lined with restaurants, supermarkets, electronics stores and massage parlours. It’s a good idea to get some recommendations in advance, as the choice may be somewhat overwhelming. Knowing where you are headed in this street is helpful, as most of the signage is in Mandarin and some of the storekeepers still only speak their mother tongue.

Fredrick P. W. Gaye is News Editor of IN PROFILE DAILY Newspaper in Monrovia, Liberia, and currently a fellow of the Wits Journalism Africa-China Reporting Project in Johannesburg. Gaye is also a 2016 Fellow of the China-Africa annual Media and Cultural Exchange Program in China. He can be reached at: [email protected] 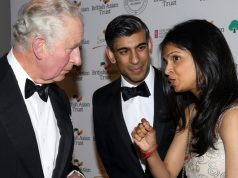 UK’s new PM is son-in-law to Indian tech billionaire, he and wife richer than King Charles 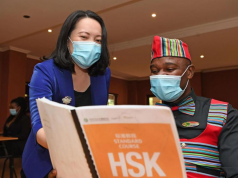 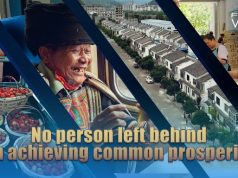 China grew alongside 98.99m plucked from jaws of crippling poverty