By Zhao Yusha, Global Times
The US’ Section 301 investigation won’t harm China’s high-tech and advanced manufacturing industries, and China can easily cope with any challenge in the field of intellectual property rights (IPRs), Chinese experts and officials said.
“China’s achievements in the area of innovation were made not through stealing or plundering, but based on the efforts of the Chinese people,” Zhang Zhicheng, head of the department of IPR protection and coordination affairs under the State Intellectual Property Office (SIPO), was quoted by the Xinhua News Agency as saying on Sunday.
The claims of the US Section 301 investigation on China’s technology transfers and innovations are groundless, he said.
Zhang’s comments came after the Office of the US Trade Representative (USTR) on Tuesday published a proposed list of Chinese goods subject to an additional 25 percent tariff. The list is based on a so-called Section 301 investigation into alleged Chinese intellectual property and technology transfer practices, Xinhua reported.
Section 301 tariffs mainly focus on Chinese industries which benefit from Made in China 2025, Beijing’s industrial development plan, and exposes the US’ aim of deterring China from becoming an economic and technology superpower, Zhao Ying, a researcher at the Chinese Academy of Social Sciences’ Institute of Industrial Economics, told the Global Times.
The US is worried that once China develops mature technologies and advanced manufacturing capacities in certain fields, it will directly compete with the high-tech industries of the US, and threaten or even surpass it, said Bai Ming, deputy director of the Ministry of Commerce’s International Market Research Institute.
Progress in China’s manufacturing capabilities and international competitiveness is attributed to the country’s huge investment in innovation and the competitive advantages of the manufacturing sector, including a sound industrial system and a large number of skilled workers and innovative enterprises, Zhang said.
The Chinese government has no restrictive rules on technology transfers, which is only voluntary on the companies’ part, Bai noted. Moreover, most manufacturing sectors in China have embraced international cooperation and competition, and China has developed a mature mechanism to review fair market competition, he added.

Even if the US slaps tariffs on these industries, China is prepared to face the challenges in IPR, as the country’s ability to innovate has greatly improved, its industries have upgraded and it possesses an enormous market, Zhao said.
To counter the investigation, China may focus more policy and funding support on the research and development of key technologies within the framework of WTO rules, and step up its effort to invest in research and development institutes, Zhao predicted.
US President Donald Trump said on his Twitter account on Sunday that “China will take down its Trade Barriers because it is the right thing to do. Taxes will become Reciprocal & a deal will be made on Intellectual Property. Great future for both countries!”
Trump has created a lot of tensions recently and made many in the US worried, so he needs to adjust his ways of expression, but that doesn’t mean he is backing down, said Wang Dong, deputy secretary general of the American Studies Center at Peking University.
“Negotiations are an art form where both soft and hard tactics are used. It also shows that Trump doesn’t dare force a showdown with China on trade,” Wang noted. 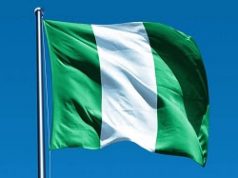 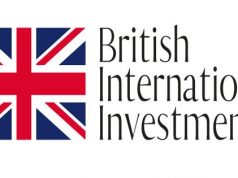