On Tuesday, jobs and salary website Glassdoor announced the company will be acquired by Japanese human resources company Recruit Holdings for $1.2 billion in cash.

That impressive windfall has been more than a decade in the making, but it all started with a fairly simple, if controversial, idea.

Co-founder Robert Hohman began his career at Microsoft as a software engineer and was one of the earliest employees to work on Microsoft Expedia Travel Services, an online travel platform that would become a stand alone company, Expedia.com.

Expedia announced its initial public offering in November 1999 and in the years that followed, Expedia’s parent acquired other smaller travel companies, including discount travel website Hotwire, which Hohman took over and ran.

From there, Hohman made a slightly unconventional professional move.

“In 2006, I left and spent a year playing video games,” said Hohman, according to the transcript of a 2016 conversation the executive had with Forbes. “I played World of Warcraft. I would get up in the morning, tap my kids on the bottom and send them to school. Then I would go upstairs and play all day, typically with people from Brazil, who for some reason were online when I was.”

But there has to be more to life than just games.

“There’s a maximum level you can achieve in World of Warcraft. I achieved it on a Tuesday and I started [Glassdoor] on a Wednesday. I remember, it was level 70,” Hohman told Forbes.

“Rich Barton was my mentor. He founded Expedia and he founded [real estate information site] Zillow. I called him up that Wednesday and said, ‘Let’s talk about what I’m going to do next.'”

We started brainstorming a bunch of ideas,” Hohman told Forbes. “We really liked businesses where you start with an information asymmetry, where there’s a transaction taking place and one side knows way more about it than the other side. In the case of travel, that was the travel agent who knew a ton and you, the traveler, knew very little. What we did with Expedia was let people see what the travel agent saw and book their own travel. In real estate, agents knew a lot and first-time home buyers knew very, very little.”

During those conversations, Barton brought up the germ of a new idea.

In 2007, Barton had accidentally sent a document with salary and stock information for every Zillow employee to a printer in the middle of the company’s open office. His assistant rushed to retrieve it before anyone could read the contents, according to a 2018 New Yorker story. But it made Barton wonder why the information had to be private. He had, after all, spent his career making private information public, first in the travel industry and then in real estate.

“We were empowering people with information and tools that they didn’t have before,” Barton told The New Yorker. “If I’m doing a good job as a leader, and the management and H.R. teams are promoting people and paying them fairly, then a sheet like that ought to make sense.”

Hohman, Barton, and Besse started Glassdoor with their own money.

“I had been blessed and did well at Expedia, so I self-funded,” Hohman explained to Forbes.

But to get the first employee reviews on Glassdoor took some creative finagling.

“When you start a site like ours, getting the first couple hundred reviews is hard. We employed some friends from Ohio, where Tim and I are from, who were out of work,” Hohman told Forbes. “We had them call every software engineer in Silicon Valley and offer the chance to win a free iPod if they would tell us what their salary was and what it was like to work at their company. That’s how we got our first thousand Glassdoor reviews.”

But within 48 hours of launching, “we had 100,000 pieces of content. Everyone covered us. We got tremendous PR when we launched,” Hohman told Forbes. “[W]e didn’t anticipate the scale of traffic we’d have. The site went down and we wound up sleeping under our desks.”

Currently, there are reviews for 770,000 companies in 190 countries around the world listed on Glassdoor. During the first calendar quarter of 2018, more than 59 million people used the site to find information about jobs and companies each month, the company says. Glassdoor, which has currently has 750 employees, makes money by helping approximately 7,000 businesses find new hires with job advertising, job posting and employer branding.

Glassdoor tells CNBC Make It the company does not disclose revenue or profit. Further, the company declined to share how much the three founders are making from the sale. However, a spokesperson for Glassdoor confirmed that Hohman, Barton and Besse will all stay on with their current roles at the company: Hohman, 48, is the CEO; Barton, 50, is the chairman; and Besse, 37, is a strategic advisor.

In the course of launching a start-up that would go on to sell for more than a billion dollars, the ex-Expedia trio revolutionized the online job world.

“It was a provocative concept. Eight years ago, the idea that you could go online and see people’s salaries was risqué,” Hohman told Forbes in 2016. Salary.com would tell users what a job title in a region made, but it didn’t get as specific as to name companies, Hohman says of the competitor. “That site didn’t name companies. You could see what a software engineer in the Bay Area made. But Google pays so much more than everyone else, the number without a name is irrelevant.”

For Barton, stirring up a staid industry was thrilling.

“Yes, there is a lot of resistance, and I love that,” the serial entrepreneur told Wired in 2013. “Find me a provocative topic, and I’ll show you something you don’t have to spend a lot of marketing dollars to launch. People like to be provoked, and if you are provoking with information that is on the side of the angels, on the side of the consumer, the louder the industry reacts. And they just can’t win. It’s the greatest way to market, pick a fight with somebody who can’t win.” 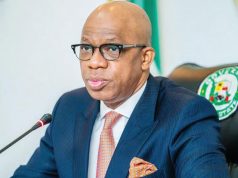