The Egyptian capital Cairo has been ranked as the “cheapest” big city in the world according to Swiss bank UBS “Prices and Earnings 2018” report covering 77 metropolitan areas across the globe.

The Swiss cities Zurich and Geneva are still the world’s two most expensive major cities according to the recent UBS ranking.

The survey focused on the “cost of living in cities around the world,” basing its calculations on purchasing power and earnings as well as the affordability of goods and services representing general spending habits including dining out, going to a coffee shop, seeing movies, having a haircut and renting a place.

Egypt’s economic reform plan is supported by a 12-billion-dollar loan from the International Monetary Fund, half of which has already been delivered to the North African country.

“Despite the difficult economic conditions Egypt is going through over the past few years, the country is still the cheapest in the world in terms of expenses at both the individual and economic levels,” said economic expert Mohie-Eddin Abdel-Salam, a financial consultant for several corporations.

He added that Egypt is still an investment-attractive country and a good destination for visitors due to the cheapness of the Egyptian products and services as well as the low cost of living in the country.

“Although the government is lifting subsidies on some fuel and energy products amid economic reform, the basic commodities are still subsidized for Egyptian citizens and they are provided to visitors at the same prices without distinction,” Abdel-Salam told Xinhua.

The UBS report said that oil-rich Norway has the highest gasoline prices and that a person can buy 5.2 liters of gasoline in Cairo for the price of 1 liter in Norway’s capital Oslo.

However, Abdel-Salam declined the comparison as unfair for the incomes in Norway are much higher than those in Egypt.

“Incomes in Egypt are still lower than those in Europe despite Egypt’s noticeable economic improvement in the past year and the declining inflation rates. So, we cannot compare the prices of commodities here and there,” the expert told Xinhua.

The UBS rankings also showed that New York is the most expensive city in North America, Tokyo in Asia, Tel Aviv in the Middle East and Dubai in the Arab world.

Nigeria’s Lagos is the second cheapest big city in the world after Cairo, according to the UBS.

Photo of city of Lagos from google images 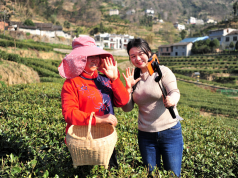 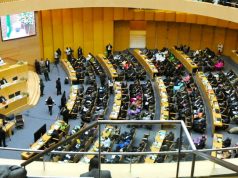