A Cayman Islands start-up has raised $4 billion as of Thursday, eclipsing the world’s biggest initial public offerings on stock exchanges this year. But its flagship product is not even live yet.

Block.one is funding its blockchain platform called eos.ios through a process known as an initial coin offering, or ICO. Its multibillion-dollar fundraising effort more than doubles the next biggest offering of that type. But investors still don’t know how the majority of that capital will be used.

Many have been pouring in money based on hype and a promise that its founders, who have run other well-known blockchain projects, can repeat their success.

Through the ICO, Block.one is offering a cryptocurrency called eos. Unlike an IPO, which gives investors stock ownership in a company, an ICO gives out tokens whose use case is based on a promise the platform will be useful in a digital network once it gets built.

Participants in the ICO used cryptocurrency ether instead of U.S. dollars in exchange for the new eos tokens. The fundraising brought in 7.12 million in total ether as of Wednesday night, according to Token Report, a division of blockchain advisory firm New Alchemy. At Thursday’s U.S. dollar exchange rate of $576 per ether, the ICO has brought in the equivalent of $4.1 billion. This amount could change depending on the price of ether once the sale closes.

In a March episode of “Last Week Tonight,” talk show host John Oliver highlighted eos in a monologue warning viewers about the “speculative mania” and risks of investing in cryptocurrency.

“It can be incredibly hard to tell which companies are for real,” Oliver said during the episode, which has 5.98 million views on YouTube. “If you want a good example of this, look at Block.one, which has raised $1.5 billion.”

“It hasn’t launched yet,” Oliver said. He listed a host of concerns: the apparent lack of seriousness by advisor and noted early bitcoin investor Brock Pierce, the exponential pace of fundraising relative to established tech giants such as Facebook, and a Wall Street Journal report that called eos “a software startup that doesn’t plan to sell any software.”

The system, according to its founders, will support more efficient operations for “decentralized applications” than existing platforms such as ethereum. If eos.ios is successful, advocates say it could bring on much greater adoption of cryptocurrency-related technology. But they still have a lot to prove when the product goes live June 1.

“They have set the bar very high for themselves in terms of delivery expectations,” said William Mougayar, managing partner at JM3 Capital and author of “The Business Blockchain.” “Now is the time to not just deliver the coins but the technology with it.”

Mougayar called Block.one an anomaly, on the “extreme” side of the fundraising spectrum. The biggest IPO this year, AXA Equitable Holdings, raised $2.8 billion in its May 10 offering, while ADT raised $1.5 billion in January, according to data from Pitchbook.

Cryptocurrency prices have sputtered this year. Bitcoin, for example, has lost more than 45 percent of its value in 2018 after rising more than 1,300 percent last year, according to CoinDesk. But investors are still betting on coin offerings, despite some being pegged as frauds.

The group behind messaging app Telegram raised $1.7 billion through private investors but canceled its public cryptocurrency sale this year. ICOs raised $6.6 billion in 2017 and have hit $9.1 billion this year, according to research firm Autonomous Next.

“This is the crypto world we live in,” Mougayar said. “The eos founders have done a great job at marketing their technology, ahead of its delivery.”

Other pundits say faith in Brendan Blumer, the company’s CEO, and Dan Larimer, its chief technology officer, are the reason investors trust that the start-up will deliver. Larimer has founded two high-profile crypto companies, Bitshares and Steemit.

“Dan is among the most accomplished blockchain developers on the planet,” said Kyle Samani, managing partner at Multicoin Capital, which is an investor in eos. “He’s well respected in the space and well-accomplished.”

Similar to how Apple’s iOS and Google’s Android have battled it out for operating system dominance, blockchain companies could be entering a dogfight. Companies are competing to have developers use their code to build what are known as “decentralized” applications. But this competition will have at least 10 companies instead of two and “it’s going to be much messier,” Samani said.

“In this market, the answer is raise as much money as possible,” he said. “It’s plausible that we look back and say the team that spent the most money won the tech war.”

Having the amount of capital Block.one does could give the platform a leg up, even if the launch this weekend is rocky. The company has already said it will spend $1 billion of its bounty recruiting developers, with billions more to hypothetically spend on lobbying global regulators and building relationships with banks. 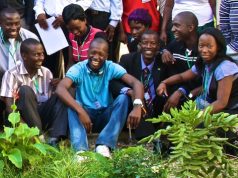 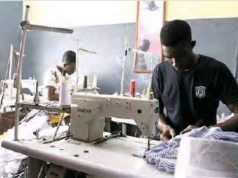