Commodore Adesola Akano Adesope, deputy director of Nigeria’s Foreign Liaison of Defense Intelligence Agency, was thrilled to walk on the Great Wall.
Adesope attended an international counter-terrorism forum hosted by China’s armed police force, which concluded in Beijing last weekend.
The Great Wall-2018 International Forum on Counter-terrorism attracted more than 180 military and police representatives from 28 countries, including France, Pakistan, Jordan, Egypt, and Mexico. This year’s forum focused on the theme of counter-terrorism in mountainous regions.
Participants took a group trip to the Great Wall after they visited an armed police training base in suburb Beijing.
This year is the second time the biennial Great Wall forum has been held, and it left a profound impression on participants.
Amr Mohamed, battalion commander of Egyptian Armed Forces, has close to 20 years of counter-terrorism experience and has taken part in United Nations peacekeeping missions.
“In my professional career, I have participated in several international counter-terrorism forums. But I have never been to one like the Great Wall Forum, which so many countries joined,” said Mohamed.
He said the new thoughts his counterparts shared at the forum are valuable.
Carlos Alberto Flores, Titan Operation commander of the Intelligence Division of Federal Police in Mexico, shared the same opinion. He said through mutual learning and working together, the world will eventually be able to build a wall against terrorism.
“I hope Mexico and China can cooperate on counter-terrorism exercises and training in the future,” Flores said.
Other experts also expressed hopes for deepened cooperation in counter-terrorism.
“China and Moldova share potential in counter-terrorism cooperation, such as launching precision strikes on terrorists, maintaining social order, and holding training seminars in the field of counter-terrorism,” said Igor Matrosu from Moldova, commander of Assault Squad No.4 of the Independent Battalion with Special Destination “Scorpion.”
China and Cambodia just held a joint drill on counter-terrorism and humanitarian rescue this March.
Tuykheng Punnareay, chief of Cambodia’s Royal Gendarmerie counter-terrorism office, said terrorism is a global problem and Cambodia is willing to seek solutions with other countries.
This echoed the view of Stavros Magalios from Greece, who is the commander of the Special Counter Terrorism Unit, Special Police Forces Sub-division of the Hellenic Police.
“Greece has rich experience in mountain counter-terrorism and looks forward to more exchanges with China.”
Adesope of Nigeria said the path towards counter-terrorism continues, but with the development of techniques and global cooperation, the world will be able to defeat terrorism.
“China’s counter-terrorism techniques and experiences keep inspiring me. I hope more of my counterparts in Nigeria can come here for study and exchanges,” he told Xinhua.
Makhmudzhan Abdibaitov, staff officer in the National Guard of Kyrgyzstan, believes the Great Wall is an exceptional landmark. Having seen the wall in books and on TV before, Abdibaitov said he had to touch it to feel the history behind and to make a wish.
“I hope the globe will no longer suffer from terrorism threats and the world will always be at peace,” he told Xinhua.
XINHUA 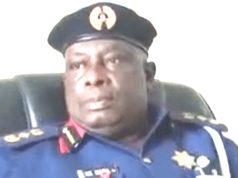 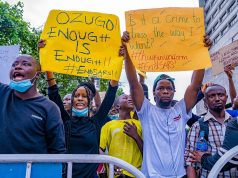