International Monetary Fund (IMF) chief Christine Lagarde on Monday attacked the U.S. protectionist trade policies and warned that the cloud over global economy “is getting darker”.

“The biggest and darkest cloud that we see is the deterioration in confidence that is prompted by (an) attempt to challenge the way in which trade has been conducted, in which relationships have been handled and in which multilateral organizations have been operating,” said Lagarde.She made the remarks after an annual meeting in Berlin with German Chancellor Angela Merkel and leaders of world economic organizations including the World Bank, the World Trade Organization, the Organization for Economic Cooperation and Development, the International Labour Organization and the African Development Bank.

The IMF expected the global economy to grow by 3.9 percent both in 2018 and 2019, marking a slight pick-up from last year’s 3.8 percent.But Lagarde added: “the clouds on the horizon that we have signaled about six months ago are getting darker by the day, and I was going to say, by the weekend.”Following the Group of Seven (G7) summit over the weekend, U.S. President Donald Trump surprisingly withdrew support for a hard-won joint declaration on free trade signed at the meeting in Canada.Merkel responded to this on Sunday, saying Trump’s last-minute decision was both “sobering” and “disheartening”, and threatening with European Union’s counter measures in an escalating trade war between the two transatlantic powers.

The IMF chief said that challenges to world trade were damaging business confidence and putting global economy at risk.To ensure effective multilateralism, Lagarde along with other economic leaders, called for global attention, global responsibility and global solutions.”Effective multilateralism is more important than ever,” they said in a joint statement. 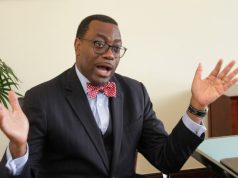 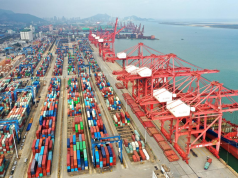 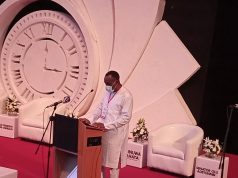