Group Managing Director, Nigerian National Petroleum Corporation (NNPC), Dr Maikanti Baru, said the corporation had signed over three billion dollars oil and gas development deal to ensure development in the sector.
Baru said this while speaking on investment in the Oil and Gas Industry at the ongoing 7th OPEC International Seminar yesterday in Vienna, Austria.
He said that the deal was a third party financing deals with international banks adding that oil revenue remained vital for building the nation’s economy. He said the NNPC recognised the challenge as well as the opportunity oil demand growth presented for the country.
“The balance of objectives requires that we undertake a paradigm shift in our business model to ensure that we attract capital and sustain flow of investment. “Much more, the recent fiscal challenge experienced by the nation places a burden for change; hence we have undertaken to broaden the base of investment sources outside traditional government funding.
“To encourage the existing players in the industry, particularly the traditional JV partners, we undertook to settle all outstanding cash call arrears amounting to 5 billion dollars. “This has restored confidence in the Nigerian oil and gas industry. “We have also signed third party financing deals with international banks on new oil and gas development worth over 3 billion dollars,” he said. Baru said the NNPC had also executed a contractor financing deal of about 1 billion dollars with Schlumberger for the development of 250 Million Barrels of Oil Equivalent fields in the Niger Delta. He also spoke about gas supply to the domestic market which he said had tripled from 500mmscf/d in 2010 to about 1500mmscf/d currently.
“We have completed and commissioned almost 600km of new gas pipelines thereby connecting all existing power plants to permanent gas supply pipeline.
“The recently sanctioned $2.8 billion, 614 Km Ajaokuta-Abuja-Kaduna-Kano pipeline projects is a demonstration of commitment to investing in local gas development,” he said.
Also, the Chairman of the Board of Directors, National Oil Corporation, Libya, Mr Mustafa Sanalla, said the 2011 uprising in the country saw production fall by about 450,000 barrels per day.
He said between 2012 and 2017, the country had lost an equivalent of 107 billion dollars in oil production.
Meanwhile, the Minister of Energy, Industry and Mineral Resources, Saudi Arabia, Mr Khalid Al-Falih, said the country would not allow a glut to materialise again in the market.
He also said he was confident that on Saturday, when OPEC and non-OPEC members meet to decide whether or not to lift the oil production cut, they would reach a consensus.
Al-Falih was hopeful of an agreement to boost oil production and that the bone of contention would be the distribution of the increase among participating countries. 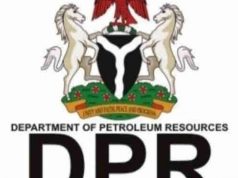