The Executive Vice Chairman of the Nigerian Communications Commission (NCC), Prof. Umar Garba Danbatta has been inducted into the Nigeria Academy of Engineering as a fellow.

President of the academy, Prof. Fola Lasisi said Danbatta and the other awardees deserved the honour, having contributed immensely to the economic development of Nigeria and support for the academy, which was described as the highest engineering body in the country.

Impressed with the honour, Danbatta said the award was an honour to NCC and to his person as EVC of NCC.

“It an honour that will spur us to work harder in order to deliver on the mandate of NCC as enshrined in the Act establishing the NCC, in the areas of access to quality telecoms service and fair competition among telecoms operators.

“NCC is concerned about service quality, and how to bridge the existing gap between the academia and the industry. There should be a collaboration between the university system and the industry and government should realise this and bring same to bear in driving the economy in the various sectors,” Danbatta said.

He added: “NCC is working on new frameworks that will be made public soon and some of the framework plans are already being perfected.

“For instance, the spectrum trading is out, work is in progress for a new data price floor for telecoms operators and we will soon release new licences for Value Added Service (VAS) providers.

“My induction into the body engineering body as a fellow is therefore a testimony to the quality leadership that the NCC is blessed with.”

“We want to show that Nigerian Communications Commission has always had very brilliant people at the top. My predecessor,  Ernest Ndukwe was also one of us and became a Fellow when he was at the helm of affairs at NCC, and Prof Danbatta continues in the same way, so we want to congratulate him and tell him that we appreciate his becoming a Fellow,” Danbatta noted.

Danbatta who lauded the tradition of excellence in the Commission, added that his induction as a Fellow of the Academy would be a big honour to the regulatory agency.

“We acknowledge this recognition as a great honour to the Nigerian Communications Commission, and the EVC/CEO. I therefore pledge to continue to impact in a way and manner that will lead to the transformation of the industry, its stability, resilience and general contribution to the economy,” he stressed.

Danbatta who assured the Academy of NCC’s continued support, said: “We will leverage the experience of the Fellows of the Academy and bring this to bear in improving service quality in the telecoms industry. 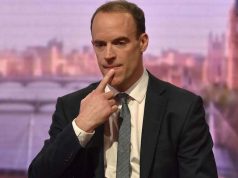