The Nigerian Communications Commission (NCC) will decide before mid-July on whether to allow MTN Nigeria to continue using the 800MHz spectrum it acquired along with Visafone licence or disallow it.

Airtel and 9mobile are kicking against allowing MTN access to 800MHz, saying it will allow for unfair competition in favour of the South African company.

But sources at the NCC told Daily Trust in Abuja yesterday that the commission would decide on the crucial issue by mid-July.

However, the Executive Vice Chairman of NCC, Prof Umar Garba Danbatta, said the commission would make an informed decision on the issue, consistent with its mandate to create enabling environment for effective competition.

He disclosed this yesterday at a public inquiry on the transfer of licence and resources, including 800MHz spectrum from Visafone Communications Limited to MTN Nigeria held at the NCC headquarters in Abuja.

He said its decision on the matter would also ensure the provision of qualitative and efficient telecommunications services throughout the country.

MTN’s senior manager, Regulatory Affairs, Johnson Oyewo, said the decision should be in favour of MTN as it would help boost Nigeria’s GDP by at least one per cent.

He said the argument that MTN’s access to 800MHz spectrum would lessen competition in view of its dominant status was not true.

“Our response to this position will be that the mobile data market, which is the relevant market segment for 800MHz (used for LTE services) was found to be effectively competitive by the NCC in its ‘2013 Determination of Dominance in Selected Markets’ with no operator found to be dominant in this market.

“Given that the market is effectively competitive, the utilisation of spectrum resources in order to provide the Nigerian telecommunications consumer a better data experience and ensure that the country meets its national broadband targets should be encouraged,” he explained.

But 9mobile’s head of Regulatory Affairs, Chidozie Arinze, said allowing MTN to have access to the spectrum would spell doom for the industry.

He said MTN as a dominant operator would drive the other operators out of the market if it is allowed to have the 800MHz.
From dailytrust.com.ng 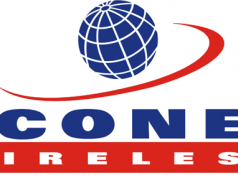