Training in modern agriculture techniques and technology for African experts by the Guizhou University in South West China in conjunction with the government of China started on July 1 at the university.

The training hosts 21 Africans from the media, academia, public service and the private sector and aimed at furthering the diplomatic relationship and friendship between China and African countries on the platform of the Forum on China Africa Cooperation (FOCAC)

The course that covers diverse areas of modern agriculture, China’s food production advancement and what African countries could learn from the strides of China in using agriculture to successfully fight poverty holds as further step to actualize the Belt Road Initiative (BRI) launched by China in May 2017 for world economic cooperation.

At an opening ceremony hosted by the university to flag-off the course on Modern Agricultural Technology for China and African Countries on July 2, the management of the university expressed optimism on the gains of the programme they said would enhance better friendship between China and Africa and also assist to empower the participants and their countries where they are supposed to apply the skills they would gain.

The course would take the participants through 15 lecture courses, field trips and practical experiences of technology based agriculture, agribusiness and allied industries in Guizhou. The lectures would be handled by professors of vast experience in the various fields.

In her speech at the opening ceremony, Vice President of the University, Prof. Zhang Qin asked the participants to devote their efforts to gaining the most they can from the training. She said the programme was organized because of the belief by the Chinese government that advancing agriculture would do much to help fight poverty in Africa.

She also noted that the BRI has an objective of assisting to create wealth among citizens of state members.

She reasoned that since China has moved up the ladder of the world’s economy, it intends to use her good relationship with Africa to assist the continent advance too.

In her response on behalf of the African team, Mrs. Karima Babangida, a director in the Nigerian federal Agriculture Ministry expressed appreciation to China and Guizhou University and promised on behalf of the participants that the benefits would do much in helping African nations out of poverty among the citizens.

She noted that in Nigeria right now, the government emphasizes return to agriculture as the nation has ample arable land for agriculture and would be far richer if it is food sufficient.

She also said that the government of Nigeria’s new economic development plan between 2017 and 2020 targets to advance agriculture and diversify the economy from over reliance on oil and gas. 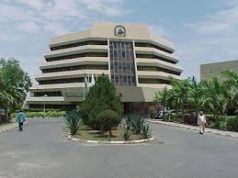 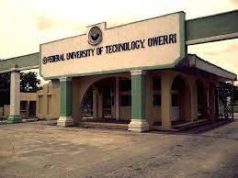 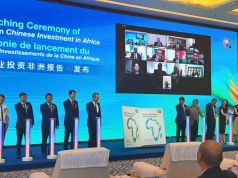