The Seventh Meeting of the China-Africa Think Tanks Forum, hosted by the Secretariat of the Chinese Follow-up Committee of the Forum on China-Africa Cooperation and jointly organized by the Institute of African Studies Zhejiang Normal University and the Center for International Strategic Studies of Counsellors’ Office of the State Council, convened on 4-5 July 2018 at the Diaoyutai State Guesthouse in Beijing.
More than 380 representatives attended the forum, including diplomatic envoys from 44 African countries, government officials, think tank scholars, media representatives from 52 African countries, leaders of Chinese Ministry of Foreign Affairs, Counsellors’ Office of the State Council, China-Africa Capacity Cooperation Fund, scholars from Zhejiang Normal University, and other well-known think tanks and universities and reporters from media.
As an important supporting activity of the forthcoming 2018 Beijing Summit of the Forum on China-Africa Cooperation (FOCAC), this meeting focused on the theme “China-Africa Relations over the Course of Reform and Opening-up”, which received wide attention and support from both China and Africa and was highly valued by all parties.
The opening ceremony was chaired by Mr. Jiang Guojun, Secretary of the Party Committee of Zhejiang Normal University. During the ceremony, Mr Jiang delivered a welcome address, which was followed by keynote speeches fromH.E. Mr. Chen Xiaodong, Assistant Minister of Foreign Affairs, H.E. Mr. Zhang Yantong, Deputy Director of the Counselors’ Office of the State Council, H.E. Mr. Victor Sikonina, Head of the African Diplomatic Corps in China and Madagascan Ambassador to China, Mr. Lu Lei, Deputy Administrator of the State Administration of Foreign Exchange, Mr. Merthold , Monyae, President of Confucius Institute at University of Johannesburg, Prof. Justin Yifu Lin, Counselor of the State Council and Dean of the Institute of New Structural Economics at Peking University, and Mr. Mohammed Tawfik Mouline, Director of Moroccan Royal Institute for Strategic Studies.

The two-day meeting includes the opening ceremony, Plenary Session One, parallel panel discussions, Plenary Session Two, and the closing ceremony.
Plenary Session One was chaired by Prof. Liu Hongwu, Dean of the Institute of African Studies of Zhejiang Normal University. The keynote speeches were delivered by Mr. Peter Kagwanja, President of the African Policy Institute in Kenya, Mr. Li Xinfeng, Deputy Director of the Institute of West-Asian and African Studies of the Chinese Academy of Social Sciences, Mr. Stephane Ngwanza, Vice President of the Institute of International Relations of Cameroon, Mr. Xie Ping, Vice President of the Export-Import Bank of China, Mr. Joseph Sheku Margai, member of the African Center of the China International Press Center and senior journalist of Sierra Leone Concord Times, and Mr. He Maochun, Counselor of the State Council and Director of the Center for Economic Diplomacy Studies at Tsinghua University. These speeches reviewed the successful experience of China’s reform and opening up from different perspectives, and concluded that Chinese experience bear implications and inspiration for the development of African countries.
The three parallel panel discussions, centering on the topics of“40 years of China’s reform and opening up and the development of China-Africa relations”, “Experience and inspirations of China and Africa in the independent exploration of development paths” and “China-Africa think tanks and media cooperation: strengthen the effectiveness of communication and increase the voice”, were moderated respectively by H.E Mr. Shu Zhan, Former Chinese Ambassador to Eritrea and Rwanda and Senior Researcher with the Institute of African Studies of Zhejiang Normal University, Mr. Gaston Hakiza, President of the National School of Administration of Burundi, and Mr. Zerihun Woldu, Vice President of Addis Ababa University in Ethiopia.
More than 380 representatives participated in the parallel panels discussions and analyzed China’s development experience, Africa’s opportunities and challenges for achieving sustainable development, and the mutually complementary and mutually beneficial advantages between China and Africa in their independent development. They also exchanged ideas and reached consensus on the following issues: ways of promoting China-Africa cooperation in capacity, infrastructure and agriculture, ways of increasing the voice of Asian and African countries in the international stage, how the Chinese and African think tanks play a better role in political and economic development, and means of enhancing the communication and cooperation between China and Africa in the field of film and television and new media.
Plenary Session Two and the closing ceremony was chaired by Dean Liu Hongwu, with the fruits of the forum summarized by Mr. Han Hongmei, President of China-Africa Fund for Industrial Cooperation, Mr. Charles Onunaiju, Director of the Center for China Studies of Nigeria, Mr. Yang Guang, Former Director of the Institute of West-Asian and African Studies of the Chinese Academy of Social Sciences, Mr. Fang Ning, Counselor of the State Council and Former Deputy Director of the Counselors’ Office of the State Council. Mr. Zheng Mengzhuang, President of Zhejiang Normal University addressed a closing speech.
The forum has also received attention from dozens of important mainstream media in China and Africa. More than 60 journalists attended and covered the forum, including those with the media from 29 countries in Africa, including Ethiopian Broadcasting Corporation, Kenya Television Network, Mozambique News Agency, South Sudan Broadcasting Corporation, Namibian Broadcasting Corporation, and those with China Central Television, Xinhua News Agency, People’s Daily, Guang Ming Daily, China Daily, and Chinese Social Sciences Today.
With the support of the Ministry of Foreign Affairs, the China-Africa Think Tanks Forum was established by the Institute of African Studies Zhejiang Normal University in 2011 and was officially incorporated into the framework of the Forum on China-Africa Cooperation (FOCAC) in 2012. It has become a fixed mechanism for China-Africa civil dialogue, holding meetings each year in China and Africa in rotation. Since its establishment, six meetings have been successfully held, with fruitful outcomes achieved. As a “folk-oriented” and “government-participated” forum, it aims to “expand consensus” by “open dialogue”. It invites representatives from government departments, major Africa-related non-governmental organizations, academic institutions, universities, and enterprises in China and from famous universities, organizations and institutions in Africa. The forum has effectively promoted communication between scholars from China and Africa and improved their mutual understanding, offering suggestions for the development of Chinese enterprises in Africa and African enterprises in China, and contributing to the development of China-Africa relations under the new situation.

File photo of the Think Tank in South Africa in 2015 from Yahoo.com 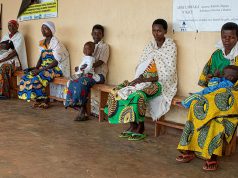 Chinese medical teams are beating down maternal mortality in Burundi 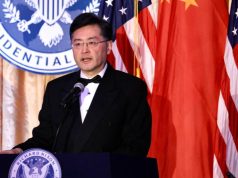 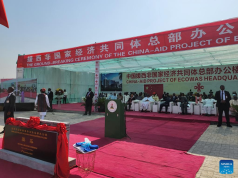