The stars are aligning for a bumper year of Chinese tourism in Europe thanks to a growing taste for culture over shopping and fears of a cold reception in Donald Trump’s America.

“We came with our children to see the art, the culture, not to go to the mall,” a 40-year-old woman who gave her name as Li told Reuters on a visit to Paris for the second time.

“We went to the Versailles castle, saw the Arc de Triomphe, and we are seeing Notre Dame now,” she said on a sunny afternoon near the French capital’s medieval cathedral.

In a new trend, Chinese tourists are increasingly eschewing package tours to Europe to strike out on their own trips off the beaten path, surveys suggest.

Leisure travel bookings for July and August in Europe are up more than 4 percent from the same period of last year after an even stronger June, which coincided with a Chinese holiday, according to data tracked by consultancy ForwardKeys.

“This year will certainly be the year with the highest number of arrivals from China ever,” Wolfgang Georg Arlt, director of China Outbound Tourism Research Institute, a consultancy based in Germany.

The US president’s stand on trade relations with China and illegal immigration, as well as his travel ban targeting several Muslim-majority countries, is off-putting even though his tough talk is not directed at Chinese visitors.

“Mr Trump has been helping to push Chinese tourists to go to other countries… They see this as a crazy guy and who knows what could happen,” Arlt said.

While Chinese bookings for Europe are up, those for the United States are down more than nine percent for the year to July 22 compared with the same period of 2017, ForwardKeys data showed.

Chinese tourism numbers in Europe staged a patchy recovery last year as memories of the 2015 terror attacks in France and other European cities faded.

France, the latest country to join the revival, is seeing particularly strong bookings growth this summer, up over 9 percent, according to ForwardKeys.

That means, with 143 million international tourist trips last year, they spent on average $1,800, though Arlt said the average was probably distorted by lavish spending by a wealthy minority.

Record tourist spending abroad even helped to push China’s current account into deficit in the first quarter for the first time since early 2010, offsetting the considerable trade surplus.

Some economists question whether the Chinese data does not disguise capital flight in the form of purchases of life insurance and property abroad misclassified as tourism spending.

Though questions linger over how much is actually spent on tourism abroad, there is little doubt the spending is only going to keep growing.

Two thirds of Chinese expect to increase their travel budget in the next 12 months, according to an Ipsos survey of more than 3,000 Chinese people in May for Hotels.com.

While in the past Chinese tourists spent lavishly on European luxury goods, they are increasingly focusing on special experiences such as staying in boutique hotels, dining in fancy restaurants and seeking out local products, the survey showed.

“They would rather buy a painting by a local painter than another Gucci bag,” Arlt said.
From Reuters through Global Times 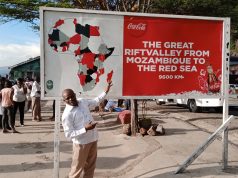 In Kenya, lure of the Great Rift Valley beckons 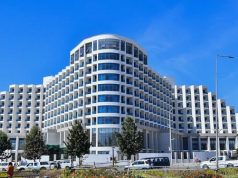 Kenya plans to tap into Africa to grow tourism business