While the British government insists the ball is in the EU’s court, European diplomats speak of a more complex diplomatic dance, in which both sides publish papers during an intense negotiating period leading up to a crunch summit on 18 October.

Officials also repeated warnings that the EU will not accept the economic part of May’s Chequers plan, fearing it would hand British business a permanent competitive advantage, over EU rivals.

In interviews ahead of the conference the prime minister said the EU had to tell the British government what “detailed concerns” it had about her Chequers compromise plan. “If they’ve got counterproposals, let’s hear what those counter-proposals are,” she told the BBC’s Andrew Marr show.

On Monday the Brexit secretary Dominic Raab told Tory delegates that the EU’s “theological approach” allowed no room for serious compromise. “If the EU wants a deal, they need to get serious. And they need to do it now.” In an interview with the Sun, he said the EU had not offered credible alternatives to the UK government proposals. “The ball is in their court.”

Rejecting this characterisation, an EU source said both sides had to move if the talks were to progress: “In a way the ball is just as much in the UK’s court as the EU’s. We are at a point in the negotiations when neither side can say ‘the ball is in your court’. If the UK doesn’t pick up the ball, we will.”

A senior source said the Brexiteer campaign to “chuck Chequers”, was driving May to a free-trade agreement with the EU – the Canada-style deal that the prime minister has rejected as not good enough. “I can’t see how May the week after [party conference] can say: ‘You wanted to chuck Chequers. Well, we can stay in the customs union and single market.’ I think the dynamics are driving the UK to an FTA rather than an upgraded form of Chequers.”

The EU’s chief negotiator, Michel Barnier, is drafting a non-binding political declaration on the future relationship with the UK. A senior diplomat said “counter-proposal would be “too strong a word” to describe this document, which has been planned for a long time.

Linked to that text, Barnier is drawing up “improved” proposals on the Irish backstop. The backstop is the European commission’s fallback plan to prevent a hard border on the island of Ireland, but May has said no British prime minister could ever accept Barnier’s version, which would keep Northern Ireland subject to many EU rules.

The text of both documents is being tightly guarded by the European commission, leaving EU member states in the dark.

Meanwhile the EU awaits the British government’s own counter-offer on the Irish backstop, after May promised alternatives that “preserve the integrity of the UK, in an angry speech after her bruising experience at last month’s Salzburg summit.

The British government’s complaints that the EU has not explained its reasons for rejecting the economic and customs plan of Chequers has been given short shrift in Brussels. “[May] said the EU had never explained, which is in fact not true,” said one diplomat.

An American navy ship came dangerously close to a Chinese warship during a recent exercise, forcing the US destroyer to perform evasive manoeuvres to avoid a collision.

The incident has been called an “unsafe” encounter between the two ships by Pentagon officials, and at one point the Chinese ship was reportedly around 45 yards from the American vessel.

“A [Chinese] Luyang destroyer approached USS Decatur in an unsafe and unprofessional manoeuvre in the vicinity of Gaven Reef in the South China Sea,“ Captain Charles Brown, a spokesman for US Pacific Fleet, said in a statement.

Mr Brown said that the Chinese ship “conducted a series of increasingly aggressive manoeuvres accompanied by warnings for the Decatur to depart the area”.

The US warship was in waters near the disputed Spratly Islands in the South China Sea. The crew was conducting a freedom of navigation routine, which is a regular mission and intended to ensure open trade routes.

The close encounter comes as the US and China have seen an increasingly tense relationship, with the two super powers disagreeing over trade policy, and on issues related to election meddling. Just recently, officials with the Department of Defence told CNN that Defence Secretary James Mattis has cancelled a planned trip to Beijing later in October.

The Pentagon has not publicly confirmed that Mr Mattis had cancelled his trip to the Chinese capital, where he was expected to meet with top officials in the Chinese government.

President Donald Trump recently acknowledged the souring relations between his government and that of the Chinese, suggesting that the Chinese government has been working to meddle in the upcoming midterm elections in favour of Democrats.

“He may not be a friend of mine anymore. But I think he probably respects me,” Mr Trump said of his Chinese counterpart, Xi Jinping, last week.

The Trump administration has imposed new trade tariffs on Chinese goods, with a recent round of tariffs being placed on 10 per cent of $200bn worth of Chinese goods in late September.

China has, meanwhile, imposed tariffs of their own – between 5 and 10 per cent – on $60 billion worth of American goods. 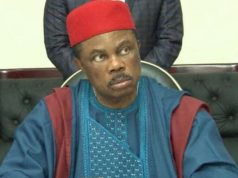 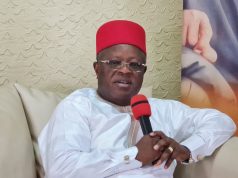 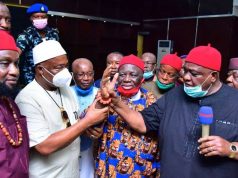