The federal government, through the National Insurance Commission (NAICOM), has suspended the implementation of the tier-based recapitalisation exercise of the insurance Industry, which ought to have taken off yesterday, LEADERSHIP can exclusively reveal. The suspension, it was learnt, may not be unconnected to the court case instituted by insurance shareholders under the auspices of the Insurance Shareholders Association of Nigeria (ISAN) last month, stopping NAICOM from commencing the implementation of the Tier-Based Minimum Solvency Capital (TBMSC) model in the insurance sector of the nation’s economy.

A source at the commission confirmed to LEADERSHIP yesterday that, indeed, the court case had prevented the regulator from implementing the reclassification exercise, at least, for now. Justice Hassan of the Federal High Court sitting in Lagos had about three weeks ago restrained NAICOM from implementing TBMSC until after the expiration of 30 days pre-action notice shareholders of insurance companies served the commission on September 6, 2018. The case was filed by Sir Nnamdi Nwosu and seven others Vs the National Insurance Commission while Justice Hassan adjourned hearing on the main action suit marked: FHC/L/CS/ 1483/18, to October 8, 2018.

However, NAICOM had earlier said it was yet to receive an order issued by the Federal High Court in Lagos restraining it from continuing with TBMSC, but market observers disclosed that the regulator cannot claim ignorance of the court ruling since it had been widely reported in the media. Speaking in an interview with LEADERSHIP yesterday, the president of Progressive Shareholders Association of Nigeria (PSAN), Mr. Boniface Okezie, said the recapitalisation exercise was undoable at a time insurance stocks are not selling, and foreign investors are moving their portfolio out of the country as a result of the upcoming national election. He noted that the regulator may not have given the idea a proper consideration before kickstarting the initiative, noting that capital base might not actually be the problem of underwriting firm.

“Some insurance companies are now approaching the shareholders to raise more money in a bid to recapitalise, but how many shareholders are actually buying these shares? I am not buying and I believe most shareholders also share this sentiment. So, it is a serious challenge for insurers to recapitalise, especially with that short notice,” he pointed out. Without payment of dividend or bonus to shareholders for years, he stressed that it would be difficult for insurers to convince them to come and reinvest when the previous investment had not yielded returns. The suspension, he said, would give companies more time to, at least, source for funds to upgrade their capital base, even as he noted that the major problem facing the insurance sector was the lack of enforcement of compulsory insurances by enforcement agencies. According to him, “If NAICOM can partner these enforcement agencies to enforce certain insurances, then it will boost the profits of these insurance companies and make them financially strong to absorb large risks without necessarily embarking on this recapitalisation exercise.” However, some operators who spoke on the condition of anonymity, expressed relief about the suspension, stating that this would give them more time to negotiate with their local and foreign investors and be in a better financial position by the time the TBMSC finally takes off.

The group managing director of Cornerstone Insurance Plc, Mr. Ganiyu Musa, at the company’s 2017 Annual General Meeting (AGM) in Lagos last week, told its shareholders that though some insurance shareholders had taken the regulator to court over the TBMSC, the company was doing all it could to raise capital irrespective of whether the court injunction takes precedence or not. He informed the shareholders that the company will approach them later to raise more fund to augment its capital in a bid to play effectively in insurance market after the recapitalisation exercise, promising that Cornerstone Insurance will continue to do the needful to be an active player in insurance sector of the nation’s economy. LEADERSHIP recall that NAICOM had in July 2018 announced that the tier-based recapitalisation exercise would fully take off on January 1, 2019, a deadline that insurance operators, investors, shareholders and other stakeholders complained about, pleading for more time. 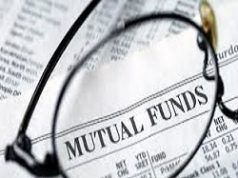 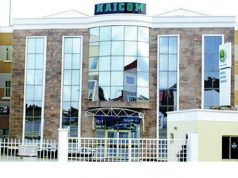