The Central Bank of Nigeria (CBN) has asked a Lagos High Court to dismiss a suit brought before it by MTN Nigeria, seeking to stop the bank’s directive to it (MTN) to return to the coffers of the apex bank, $8.1billion alleged to have been improperly repatriated by the telecom firm and unpaid taxes of $2.0 billion levied against it.

MTN Nigeria had last month, sued the CBN and the Attorney General of the Federation (AGF) over allegations of improper repatriation of about $8.1billion and unpaid taxes of $2.0 billion the duo levied against it.

Specifically, the telco is seeking injunction to restrain the CBN and AGF from taking further action in respect of their orders to reclaim the alleged debts.

But the CBN has filed counterclaims, praying the court to dismiss the suit filed by the telco, Reuters reported yesterday.

The apex regulator, according to the report, also asked the court to compel the MTN to pay 15 per cent annual interest on the $8.1 billion.

“MTN had gone to court, sued the central bank and the attorney general. The central bank has filed a response and a counter claim, meaning that nobody can resort to self-help in the matter any longer,” Reuters quoted the MTN’s lawyer, Wole Olanipekun.

He added: “With this development everybody has now surrendered … the grievances to the court. Everybody has to wait for the decision of the court.

MTN will file a reply to the bank’s claim, he added.”

The newswire also quoted the CBN spokesman, Isaac Okorafor to have said the central bank “is aggressively engaging MTN and the banks.” “I’m hopeful that an amicable resolution will soon be achieved.”

The telecoms firm is also facing a $2 billion tax bill from Nigeria’s attorney general, the demand for which MTN has also asked the court to halt to protect its assets in the country. Olanipekun said MTN had received no response from the AGF.

The CBN Governor Godwin Emefiele has said MTN is “systemically important” to Nigeria, adding that the company and its lenders had written to the bank and provided documents on the matter.

MTN’s latest troubles come about two years after it agreed to pay more than $1 billion to settle a dispute over SIM cards in Nigeria, whose finances have been hit by a weak economy and volatile global oil prices. 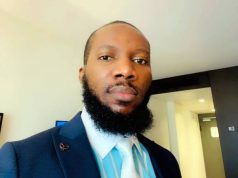 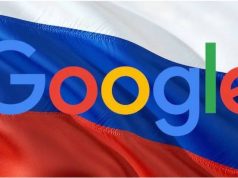