Google is shutting down Google+ for consumers following a disclosure Monday that the private data of hundreds of thousands of users on its disappointing social network were potentially exposed because of a bug the Alphabet-owned company kept quiet.

The glitch gave outside developers possible access to private profile data of Google+ users, though Google says that it found no evidence that any developers were even aware of the bug or that any profile data were misused.

The Wall Street Journal was the first to report the news.

According to Google, the bug was patched this past March and that profiles of up to 500,000 Google+ users were potentially affected. Google says that the data was limited to optional profile fields that included a person’s name, email address, occupation, gender and age. The company added that the glitch  did not affect any

other data you may have posted or connected to Google+ or any other service, like Google+ posts, messages, Google account data, phone numbers or G Suite content

Google+ never came close to challenging rival Facebook for social network supremacy, with Google all but acknowledging that fact in the blog post announcing the service’s impending demise. Google vice president of engineering Ben Smith blogged that “the consumer version of Google+ currently has low usage and engagement: 90 percent of Google+ user sessions are less than five seconds.” It will be shut down over the next 10 months.

In the blog, Smith wrote that Google discovered the bug as part of an effort it began earlier in the year called Project Strobe – “a root-and-branch review of third-party developer access to Google account and Android device data.”

The project examined privacy controls as well as “areas where developers may have been granted overly broad access and other areas in which our policies should be tightened.”

Besides shuttering Google+, the company said it was launching more granular Google Account permissions for consumers. “When an app prompts you for access to your Google account data, we always require that you see what data it has asked for, and you must grant it explicit permission,” the blog stated. For example, if a developer seeks access to both your Google Calendar entries and Google Drive documents, you will be able to choose to share one but not the other, Google says.

Among other privacy measures being implemented, Google is going to limit which Android apps are allowed to ask for permission to access text and call log data on your phone, with only an app that you’ve selected as your default app for making calls or text messages able to make such requests.

Like Facebook, Google has faced a series of privacy hiccups. Most recently, Google was forced to update its popular Chrome web browser after a backlash over recent changes to the way you log into the browser. Under that change, when you signed into any Google website, such as Gmail, you would be automatically signed into Chrome with the same account, even if that was not your intention. 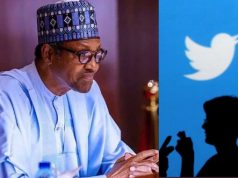