Google has delivered further evidence that AI could become a valuable ally in detecting cancer. The company’s researchers have developed a deep learning tool that can spot metastatic (advanced) breast cancer with a greater accuracy than pathologists when looking at slides. The team trained its algorithm (Lymph Node Assistant, aka LYNA) to recognize the characteristics of tumors using two sets of pathological slides, giving it the ability to spot metastasis in a wide variety of conditions. The result was an AI system that could tell the difference between cancer and non-cancer slides 99 percent of the time, even when looking for extremely small metastases that humans might miss.
LYNA was even more effective when serving as a companion — pathologists performing simulated diagnoses found that the deep learning tech made their work easier. It not only reduced the rate of missed micro-metastases by a “factor of two,” it cut the inspection time in half to a single minute.

This immediate approach would only have so much effectiveness in the field, since it would be looking for late-stage breast cancer where there’s no known solution. It also has yet to be used in real-life clinical situations. However, the scientists note that metastasis is a common factor in most forms of cancer. It wouldn’t take much to adapt the system to look for other tumors. If and when it’s ready for practical use, though, it could both lead to extremely reliable diagnoses and free doctors to focus more of their time on caring for their patients.
SOURCE: engadget.com 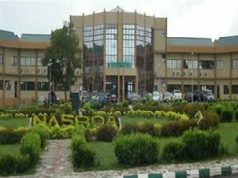