THE Federal Government has said it is wooing a bitumen investor, Lakel Group, into the mining sector to mine bitumen and create jobs for Nigerians.
This was made known by the Minister of State for Mines and Steel Development, Abubakar Bwari, during a courtesy visit by United Kingdom bitumen investors, led by the Chief Executive Officer, Lakel Group, Lawrence Ajayi.
According to Bwari the country’s mining sector was at the verge of outright collapse before President Muhammadu Buhari came to its rescue by deploying resources after declaring the sector an engine of diversification for shared prosperity.
Abubakar Bawa Bwari He said the commitment of government’s effort to diversify the economy through the solid minerals sector was geared towards ending the over reliance on oil and gas.
He also added that with the new vista in the sector global perception about Nigeria’s mining sector, therefore Nigeria now in the hall of mining fame as its profile has been boosted as a mining nation.
He said: “Although the potentials in the sector were enormous, poor funding and lack of exploration left the sector comatose.
“The present government’s emphasis on economy diversification and effort in the last three years has rescued the situation in the sector, which also government has tackled a number of legacy issues that stifled the growth of mining and now the interest in the Nigerian mining landscape has grown tremendously as a result.
“Any investor wishing to cash in on the resurgence of activities in the sector, the time to do so is now considering the mouth-watering incentives available to serious players.”
He commended the team of investors from Lakel Group for demonstrating technicalexpertise in their presentation. He also assured them of the ministry’s complete support.
The minister advised them to avail themselves geoscience data available at the Nigeria Geological Survey Agency (NGSA) which has done some exploratory work on the area of their interests. Speaking earlier, Ajayi explained why Lakel Group was inspired to invest in the Nigerian mining sector.
According to him, the investment motivation was a result of the effort put in by the present administration to launch Nigeria’s mining sector into a global limelight.
He said his company’s operations will be in accordance with the Mining Act in protecting the environment and peaceful co-existence with host communities.
SOURCE:naija247news.com 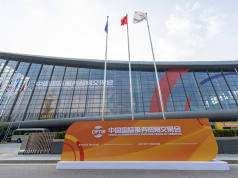