At the 2018 Forum on China-Africa Cooperation (FOCAC) in Beijing, China announced that it will launch eight major initiatives, including a trade facilitation initiative to push forward China-Africa economic and trade cooperation, connect more deeply with the Belt and Road initiative and build an even stronger China-Africa community.

The initiative is set to support the manufacturing industry in Africa and enhance its capacity in trade. The initiative is not only in favor of the independent development of African countries, but also generates opportunities for Chinese companies to take part in the African modernization process.

The recovery of the African economy is currently going well and regional integration within Africa has gained headway. Additionally, China-Africa trade, after so many years of development, needs an upgrade.

Against this backdrop, the trade facilitation initiative needs to focus on the following five areas.

The first of these is expanding imports from Africa. Many Chinese products that are labor intensive, such as textiles, clothes, shoes and hats, are exported to Africa, which has somewhat threatened local manufacturers by limiting their export capability in similar products. The current trade pattern is not optimal for African countries to improve their international competitiveness and independent development. China will continue to buy more African products, especially non-resource products. The Chinese government welcomes African countries to participate in the China International Import Expo and will waive exhibition stand fees for less developed countries in the continent.

Through these measures, China has opened the gate for African companies to enter the Chinese market, which will help them join the global value chain. Moreover, cooperation between authorities for statistics, standard and quality supervision on both sides will be improved. China will also continue to lower the non-tariff barrier and improve exchanges between customs authorities.

The second aspect is providing trade facilitation aid. African countries have relatively weak infrastructure and their national economic systems are still being established. African trade also faces problems in efficiency and high costs. Therefore, China will implement 50 trade facilitation programs in Africa, including programs such as exhibition stand fee exemption, and support programs for exchange and cooperation in standards, market access, personnel training, customs procedures and health testing. Together, they will boost export capabilities and trade integration on the continent.

Third is broadening the awareness of Chinese and African brands. Western developed countries are currently the main source of high-end commodities in the African market. Light industries in many African countries have been growing slowly and average incomes are limited. Chinese products, with their competitive prices, have become the top choice for middle- or low-income consumers. However, tempted by quick sales, many Chinese businesses have overlooked building solid brands, so the image of Chinese products is weak. To address this, China has supported Chinese brand exhibitions in Africa, introducing famous brands and quality products in appliances, equipment, machines and high technology to African customers. To further open the Chinese market to African products, China will continue to support African countries’ trade promotion activities in China.

The fifth and final area is strengthening e-commerce cooperation. Chinese e-commerce trade volume has surged rapidly in recent years, becoming a new economic engine and expanding to number one worldwide in online retail. As information and telecommunication infrastructure improves, the prospects for e-commerce in Africa are promising.

Based on this, China and African countries will have to discuss cooperation in e-commerce. The two sides can enhance policy coordination, share experience, and conduct joint research and personnel training. China will also encourage more Chinese e-commerce companies to explore the African market, promoting the trade of advantageous and unique products on both sides with the help of e-commerce.

Trade will generate growth and investment, and the trade facilitation initiative will create more space and infinite business opportunities for both Chinese and African businesses.

The author is an associate research fellow at the Chinese Academy of International Trade and Economic Cooperation. [email protected] 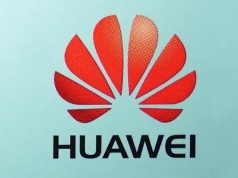