Pictures have emerged of the suspected Saudi hit squad that allegedly assassinated Jamal Khashoggi, showing that at least one of the group was at the Saudi consulate and consul general’s house in Istanbul on the day the journalist disappeared.

The surveillance camera images published by Turkey’s Sabah newspaper on Thursday – showing one of the alleged 15-man team, Maher Abdulaziz Mutreb, entering the consulate building on the morning of 2 October – will increase the pressure on Riyadh to identify the members of the group.

The footage also shows Mutreb later that day outside the consul’s house, where it is believed Khashoggi’s body was disposed of.

Another image published by Sabah shows Mutreb checking out of a nearby hotel. Turkish officials believe the alleged hit squad travelled back to Riyadh in two private jets that evening.

Several details have since surfaced linking the men to the highest circles of the Saudi royal family, including several high-ranking officers in Crown Prince Mohammad bin Salman’s personal security detail, and a medical forensics expert who holds a position in the Saudi interior ministry.

Riyadh continues to deny any involvement in Khashoggi’s disappearance.

Here is what we know so far about the suspects identified by Turkish officials:

Mutreb has been identified by Middle East Eye as the alleged coordinator of the operation, citing Turkish security sources. He is the highest-ranked officer among several named on a Saudi interior ministry personnel document seen by the website.

The former diplomat was posted to London in 2007, according to a UK roster of foreign diplomatic staff. He is now believed to be part of the crown prince’s security detail.

The New York Times has published several photographs that show Mutreb standing guard next to the crown prince during visits this year to Spain, France and the US.

A leading Saudi forensics doctor, Tubaigy has appeared in Saudi media reports several times to talk about his work training students and setting up mobile autopsy clinics to quickly identify the cause of death for pilgrims in Mecca during the hajj.

A Twitter account with the same name identifies itself as the head of the Saudi Scientific Council of Forensics, and he has held senior positions in the kingdom’s premier medical school and the interior ministry.

Tubaigy studied at the University of Glasgow and he spent three months in Australia in 2015 as a visiting forensic pathologist at the Victorian Institute of Forensic Medicine in Melbourne, its director confirmed.

He can allegedly be heard on an audio recording of Khashoggi’s death from the consulate telling others in the room that he likes to listen to music while he works to ease the pressure of the job, and encouraging others to do the same.

The New York Times said a French professional who has worked with the Saudi royal family identified Hawsawi as a member of the security team that travels with the crown prince.

An individual of this name was mentioned in Saudi media last year, when he was promoted to lieutenant in the Saudi royal guard for his bravery defending the crown prince’s palace in Jeddah during an attack last year.

In a 2017 video published by the Saudi-owned Al Ekhbariya on YouTube, a man wearing a uniform name tag bearing the same name can be seen standing next to the crown prince. A user with the same name on the Saudi app Menom3ay is listed as a member of the royal guard.

Shihri is identified in Saudi media as a major general. He was also promoted last year.

A document from the Saudi interior ministry seen by Middle East Eye lists him as a member of the crown prince’s special security force.

Otaibi is dentified by Middle East Eye as a colonel in the crown prince’s entourage, who apparently travelled with Bin Salman to France this year.

Arifi is a major described by Middle East Eye as a security and protection support officer for the crown prince.

A brigadier also listed as a support officer for the crown prince in the document seen by Middle East Eye.

A Facebook profile of the same name lists his job as an air force lieutenant who studied at the University of Louisville, Kentucky.

Bilawi is listed as a member of the royal guard by two users in Menom3ay, the Saudi phone number app.

Qahtani is identified as an employee of the crown prince by seven Menom3ay users.

No information has been unearthed regarding the three other men who entered and left Turkey on 2 October, identified on passenger lists by Turkish officials:

SOURCE: THE GUARDIAN through MSN.com 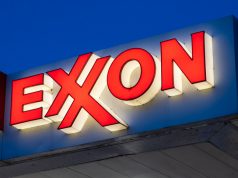 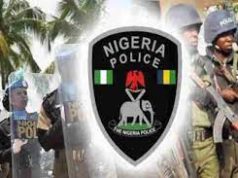 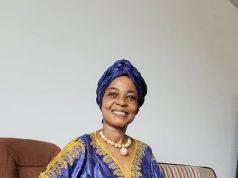