A hearing in the court case between MTN and Nigeria’s central bank in a dispute over the alleged transfer of $8.1 billion of funds by the telecoms firm, has been set for Oct. 30, a lawyer for MTN said on Friday.

MTN has denied claims that it depleted Nigeria’s forex reserves, the South African telecoms group’s lawyer, Wole Olanipekun, told Reuters on Friday, after the central bank accused the company of moving $8.1 billion abroad in an ongoing row with the bank, which is battling to shore up its currency.

Nigeria is MTN’s biggest market and accounts for a third of its annual core profit.

The central bank has said in its counterclaim to the court that MTN contributed to depleting Nigeria’s reserves through the purchase of dollars via unapproved certificates. MTN has denied any wrongdoing.

Nigeria faced a severe shortage of dollars in 2016 caused by low oil prices, leading to a sharp devaluation of the naira. The currency crisis triggered a recession, which the country emerged from last year.

MTN said in a court filing on Thursday that it paid the naira-equivalent to purchase a total of $8.1 billion from the central bank in several tranches over a nine-year period and that it did not negatively impair reserves.

Nigeria has burnt reserves to keep the naira stable. Central bank data on Thursday showed that the bank spent $2.2 billion in the month to Oct. 16, to defend the naira, while reserves fell to an eight-month low of $42.8 billion.

Central bank officials met with MTN and its lenders this week to discuss the dispute. The bank has said it was looking for a resolution.

Nigeria’s information minister told Reuters on Wednesday that the central bank and MTN could soon agree a deal.

A separate hearing between MTN and the attorney general over an alleged $2 billion unpaid tax bill has been scheduled for Nov. 8 at the same court in Lagos, the lawyer told Reuters. 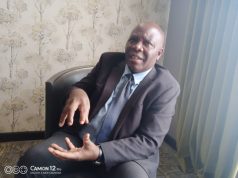 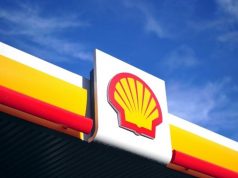