As the continent’s largest economy, international development experts, innovators and funders increasingly believe that Nigeria is positioned to provide a market-driven solution to one of the continent’s most significant challenges and opportunities: Affordable Housing.
While Nigeria’s size, ability to scale and recalibrated post-recession economy provides the ammunition for such a task, the scale of the endeavour requires the participation of multiple public and private sector participants to collaborate and make it a reality.
According to the Nigerian Mortgage Refinancing Company’s (NMRC’s) executive director for policy and strategy, Dr. Chii Akporji, major challenges mitigating against the robust growth of the housing sector in Nigeria include:

As a key driver in the sector, the NMRC is driving several ongoing efforts to de-risk the sector in collaboration with key housing sector stakeholders such as the Central Bank of Nigeria (CBN), State Governments, Mortgage Banking Association of Nigeria (MBAN), the Federal Mortgage Bank of Nigeria (FMBN), Family Homes Fund (FHF) and major developers.
As Akporji explains, “The NMRC is a private sector-driven mortgage refinance company with the public purpose of developing the primary and secondary mortgage markets through raising long-term funds from the capital market, and leverage this to refinance qualifying mortgage portfolios of mortgage lending institutions, thereby promoting affordable home ownership through mortgages.”
In recognition of these efforts the 4th annual West Africa Property Investment Summit taking place on November 15 and 16 in Lagos will dedicate the region’s most prime real estate event to driving the conversation forward. Featuring multiple sessions and panel discussions, this year’s summit will fortify the foundation for affordable housing as a driver of economic growth.
As one of this year’s key participants and stakeholders, Dr. Akporji will be involved in critical sessions during this year’s two-day summit.
While affordable home ownership enabled through cost-effective and accessible mortgages are long-term objectives for the NMRC, she believes that their work is beginning to gain traction by utilising platforms for dialogues like the West Africa Property Investment Summit.
“WAPI is a convening platform for all stakeholders along the housing value chain, on a sub-regional level. By virtue of its reach, it remains the go to event for networking and knowledge sharing on trends and development in the real estate and construction industry on the continent.”
Arguably one of the most strident and recognisable voices in her field, Akporji also confirmed that she will be joined by NMRC’s new Managing Director/Chief Executive Kehinde Ogundimu, who will also be participating in panel sessions that revolve around affordable housing and financing during the two-day, 500 people gathering.
Also joining Akporji on the top-level session to explore one of the most complex tasks that have bedevilled policymakers will be international speakers Feyi Borrofice from the World Bank Group, USA, and the International Finance Corporation’s Ifeoma Ezeokafor (USA). A stellar panel, the three will discuss how to best mobilise private and public-sector institutional development financing for affordable housing.
While the topic is complex and layered, Akporji believes that the solutions can be addressed if we distinguish between private and the public-sector focuses and challenges, for example:
“Between subsidised/social housing and that provided by private sector developers who are business-oriented; and facilitate the institution of an enabling regulatory and investment climate for housing investment – affordable interest rate regimes, flexible and affordable titling, property registration and foreclosure mechanisms.”
Adding that for the private sector “The focus obviously will be on the bottom line but there could be a win-win partnership solution, especially with the leveraging of alternative building technologies and green construction methods to not only deliver affordable housing at scale but also positively impact the bottom line.”
Akporji points to the ongoing reforms and evolution of the roles of both the public and private sector along the housing value chain, which the NMRC, working with its partners is helping to achieve.
“State government partners are beginning to review their existing land and titling processes since they recognise its criticality to attracting investment in housing in the state and the importance of housing not only to citizens well-being but also for augmenting internally generated revenues. NMRC has signed MOUs with a number of these states for the adoption/passage of a draft Model Mortgage and Foreclosure Law.
“Kaduna state is the first state to pass the NMRC law and is already reaping the benefits including increased investment in the sector, enhanced ranking on the ease of doing business index, a reduced mortgage interest rate deal with a lending bank and mobilisation of development finance. Lagos state has amended an existing law alongside the MMFL following signing of an MOU with NMRC and remains the national leader in robust hosing policy, innovation and investment. Other states are the in the process of doing same, and projections are that these will begin to bear fruit following the elections early next year.”
For the host of WAPI, Kfir Rusin, providing such a high-level focus on affordable housing is aa recognition of the value of cracking the affordable housing code. “Africa’s future is urban. A recent World Bank report predicts that more than 1 billion Africans will live in cities by 2050; making it home to eight of the world’s fastest growing metropolises. Lagos, as one of the fastest growing off all, is set to double in size from 21 million to more than 40 million. In such a rapidly urbanising environment, we believe that aiding private and public-sector stakeholders in cracking the affordable housing code is a social imperative and arguably real estate’s biggest opportunity.” 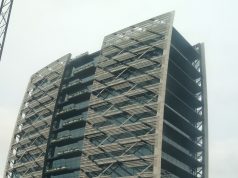 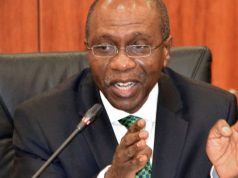