This is according to the document we have seen on the IFC’s website summarizing the investment details. “IFC is considering an equity investment of up to US$ 3 million in Kobo360 Inc (“Kobo”),” reads part of the project details.

Yet, it also states that “there are no Advisory Engagements associated with Kobo at this stage”. Indicating that the conversations are in the early stage. This is also further confirmed by the project status of ‘pending approval’.

Adding that “potential collaborations will be explored as the Company scales.”

Adding that the “two Project sponsors are also the majority shareholders of the Company.”

The Summary of Investment Information was disclosed on September 11, 2018. While the project board sat on October 13, 2018.

There are no further details as regards to the project. Except, the IFC describing what Kobo360 does. It also pointed out that the scope of the project is in Sub-Saharan Africa, with Nigeria as the primary country.

In June this year, Kobo360 was admitted into Y Combinator. The startup also secured $1.2 million in a funding round led by California-based Western Technology Investment. Securing this $3 million would thus bring the total amount of funding raised to date to at least $4.2 million.

The IFC has been active across the continent this year. In July, it co-led Twiga Foods’ $7 million Series B with TLcom. But, it had also led Africa’s Talking’s $8.6 million Series A earlier on in the year.

At the same time, the institution is partnering with the Egyptian government, through the country’s Ministry of Investment and International Cooperation (MIIC). The aim is to support 100 African startups.

Together, they will select up to 100 promising entrepreneurs from Africa. They will then “connect them with business leaders, international investors, financial institutions, and policymakers during the Africa Summit 2018.”

The summit will be held under the auspices of Egypt’s President Abdel Fattah el-Sisi in Sharm El-Sheikh in December. 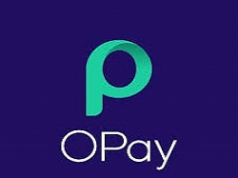