At seven years old, when something bad happens to you, you grow four times older overnight.

I was born to a very poor family. Neither of my parents went to school and they made a living working for others. But growing up, as a kid, you feel happy. In Rwanda there’s a saying that babies can laugh at their enemy: you’re just innocent, you don’t know what’s going on in the minds of others.

In 1994, the genocide against the Tutsi happened and my family started hiding. We were running here and there not knowing why, but if your parents tell you to hide so you’re not killed, then you do it.

We hid for several weeks with my godparents before the killers started coming.

When I’m talking about killers, I’m talking about neighbours. Neighbours who used to come to share a beer with my dad. I knew them. They were the parents of the kids who I played football with, my mum worked with them to sort out community programmes.

The family split up for safety; I went to hide with my brother and dad, my mum and my sisters went to hide somewhere else. But soon after, my brother and I became enslaved by the killers. We would go and fetch water and wood for them. One would walk in front of us and another behind with spears and machetes so we couldn’t escape. They would cook cows to eat before they went to kill.

© Getty Portrait of an Hutu refugee, traumatized by the 1994 Rwandan Genocide.

We were slaves for a long period. But when they started killing again, we escaped. Other children didn’t, they were killed.

My father had been suffering from a cough when he was murdered. We had been hiding in a church but the killers heard him coughing as they were leaving. They came back and killed him. I was hiding close by and saw the whole thing. People were hiding under dead bodies but even some of them were slaughtered.

After my dad was killed, I found my brother and two of my sisters at a refugee camp.

© Getty A prison is overpopulated with prisoners, who have been accused of being involved in the 1994 Rwandan Genocide.

There had been times during the killings when I was separated from the whole family and I didn’t know where anyone was.

Life at the refugee camp wasn’t easy and we were still in danger. There were also diseases and injuries everywhere. But we survived and the genocide came to an end in our southwestern region – this was the last area in the country to find peace.

Our house was burnt down during the genocide. Going back, there were times when you thought you would see someone you knew as a kid, but it wasn’t real – you knew they had been killed and were dead. The only thing to do was to wish them peace.

Now I’m 31 and these experiences haunt my nightmares today. They keep me awake at night, getting up and seeking out support. But they are also what gives me the strength to do the work I do – the wish that no other child will have to see what my eyes saw or hear what my ears heard.

I don’t know how, but I managed to channel all my revenge for what I had experienced into succeeding in education.

© Getty Drawing of a refugee child, witness of the 1994 Rwandan Genocide, produced as part of the psychological support policy set up by UNICEF for the children.

My teacher came to me one day and said: “You are doing well, but you don’t talk a lot.” I told him I didn’t want to tell everyone about what I had experienced. So instead, he encouraged me to create a theatre club. I started acting and playing with other children and that helped me see a child as a child, not a child from a perpetrator’s family or survivor’s family.

That helped me a lot at the time but I still had the anger inside me.

When I was 15, I was transferred to a new school and didn’t have enough money for transport.

© Getty Youth prisoners accused in the Rwandan genocide of 1994 stand in a field at a youth prison April 20, 1995 in Gitagata, Rwanda.

Not being able to go was devastating. It made me think I should extract revenge in another way by becoming a killer.

I would spend my evenings hanging around at the mass graves and the church where my dad was killed. But one day I met a Congolese doctor. He asked me what I was doing there and helped get me back to school because he believed I was a clever kid.

Even so, I didn’t give up on my plans for revenge. I went to school feeling that I would still become a killer, I even tried to become a soldier but the army said I was too young.

© Getty During the Rwandan Genocide, in a refugee camp, a Burundian Hutu man wanders around the tents.

Soon after I was introduced to sociology. I thought it would make me an even better killer if I knew how people interact. But as I continued reading and learning about environments and ideologies, my perspective changed too. I came to understand that it wasn’t our neighbours killing us, it was the ideology they had been taught for so long. That’s when I started going back to the grassroots justice groups and with my family, we sought out forgiveness.

Where my mum lives, sometimes the first person I’ll see when I go to visit is the person who 25 years ago was running to kill me, or who enslaved me as a child. It’s hard, but now I know people without education can become anything when they are influenced. When I look back, I know that anyone can be anything if they are denied opportunities, if they are oppressed, if they are not helped with what they are going through.

© Getty During the Rwandan Genocide, in a refugee camp, a group of children huddle up against each other under the rain.

But if people can learn hate and how to kill, they can also learn how to love. That’s my belief and that’s what I start with.

As told to Lucy Pasha-Robinson 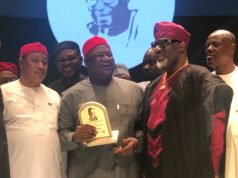 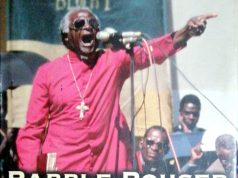