A Lion Air plane that crashed into the ocean off Indonesia carrying almost 200 people was brand new and had encountered a “technical issue” on its previous flight.

Flight JT610 — which had 189 people on board — lost contact 13 minutes after take-off, with witnesses reporting seeing it nosedive into the sea.

Rescue officials said they had recovered human remains from the crash site, in more than 30 metres of water about 15 kilometres off the coast.

Authorities told Metro TV that 24 bags containing body parts had been taken to a hospital for identification, with more expected overnight.

Relatives have started to provide samples for DNA tests to help identify victims.

The Boeing 737 MAX 8 was flown for the first time on August 15, and the airline said it had been certified as airworthy before yesterday’s flight by an engineer who was a specialist in Boeing models.

Indonesia today stepped up its search of the crash site, deploying underwater acoustic beacons to trace the flight’s black box recorders and locate the main body of the plane.

“Hopefully this morning we can find the wreckage or fuselage,” said Soerjanto Tjahjono, the head of Indonesia’s transport safety panel.

Lion Air chief executive Edward Sirait said yesterday the plane had encountered an unspecified “technical issue” on its previous flight, which was from the resort island of Bali to Jakarta, but this had been “resolved according to procedure”.

“We are also confused about the why, since it was a new plane.”

BBC reported a technical log from the Bali-Jakarta flight showed the plane had problems with “unreliable” instruments that forced the pilot to hand over to the first officer.

In a detailed post online, Indonesian TV presenter Conchita Caroline — who was on Sunday’s flight — said boarding was delayed by more than an hour and when the plane was being towed, a technical problem forced it to return to its parking space.

She said passengers sat in the cabin without air conditioning for at least 30 minutes listening to an “unusual” engine roar, while some children vomited from the overbearing heat until staff, faced with rising anger, let them disembark.

After about 30 minutes of passengers waiting on the tarmac, they were told to board again while an engine was checked.

Caroline said she queried a staff member but was met with a defensive response.

“He just showed me the flight permit that he had signed and he said the problem had been settled,” she said.

“He treated me like a passenger full of disturbing dramas even though what I was asking represented friends and confused tourists who didn’t understand Indonesian.”

The Boeing 737 MAX 8 is the most recent model of Boeing’s famous 737, the US company’s best-selling plane, and is a popular choice among budget airlines around the world.

Captain one of two known foreigners on board

The captain of yesterday’s flight JT610 from Jakarta to Pangkal Pinang, the main town on Bangka, a beach-fringed island off Sumatra, was Bhavye Suneja, a 31-year-old Indian citizen originally from New Delhi.

He and an Italian passenger were the only known foreigners on board the ill-fated flight.

According to his LinkedIn account, Mr Suneja had worked for Lion Air since 2011, clocking up some 6,000 flight hours.

Minutes after take-off at 6:20am local time, Mr Suneja reported technical difficulties and obtained permission from ground officials to return to base (RTB).

Data from FlightRadar24 showed the first sign of something amiss was around two minutes into the flight, when the plane had reached 2,000 feet.

The plane dropped more than 500 feet (152 metres), veered to the left and then started climbing again to 5,000 feet. It reached 345 knots (640 kilometres per hour) in the final moments before data was lost when it was at an altitude of 3,650 feet.

“An RTB was requested and had been approved but we’re still trying to figure out the reason,” Mr Tjahjono said, referring to the pilot’s request.

“We hope the black box is not far from the main wreckage so it can be found soon,” he said, referring to the cockpit voice recorder and flight data recorder.

Aviation expert Neil Hansford, who is chairman of consultancy Strategic Aviation Solutions, said a lot of information could be gathered before the black box was recovered.

“Looking at the technical records, what work was done, who it was done by and what was done, that will probably glean a lot of information very quickly as to what the likely cause of basically a total aircraft shutdown,” he told Radio National.

“The fields covered by the black box now in an aircraft … as this one is only six weeks’ old, it will be definitive evidence.

“I just hope that it is intact, and when they recover it, they will be able to get all the many fields of engineering that’s in there.

“Plus, you’ll also get the cockpit voice recorder, so you’ll have the interchange between the pilot and the first officer.” 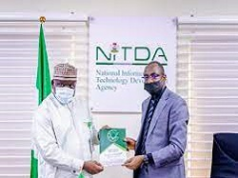