With just two months after the effective take off of the newly introduced Multi-Fund Structure by the National Pension Commission (PenCom), the contributions under the watch of the institution has risen to N8.34 trillion as at September 30, from N8.04 trillion at the end of March 2018. Already, PenCom has attributed the quantum leap in the period of six months to the coming of the new policy, which took off in July 1, 2018, aimed at maximizing returns on its assets. According to the commission, there was significant growth in the size of the Pension Fund Assets, which grew by N100 billion from N8.23 trillion in June 2018 to N8.33 trillion at the end of August 2018, contributing 7.16 per cent to the nation’s Gross Domestic Product (GDP).

Speaking exclusively to The Guardian, the commission largely attributed the implementation of the Multi-Fund Structures, which by default, fits the risk appetite of the contributors of the Retirement Savings Accounts (RSA) Funds to right investments, as a major reason for the significant growth.  The Acting Director-General, PenCom, Aisha Dahir-Umar, said there was an implementation of a downward review of the fees charged on pension funds, which commenced on July 1, 2018, with the view to reducing the charges and enhance returns to contributors and retirees. She stressed that the upturn on the RSA Funds was also significantly impacted by recoveries of outstanding pension contributions and penalty from defaulting employers by the commission, through recovery agents, which as at August 2018, stood at N184.22 million, totaling the amount of recoveries credited to employees RSAs to N14.95 billion. The PenCom boss reiterated that the commission’s drive for employers’ compliance to the Pension Reform Act 2014 (PRA) has yielded positive results, as the commission had issued certificates of clearance to 13,600 organisations which met the appropriate requirements as at August 2018.

“The issuance of compliance certificate is one of the strategies implemented by the commission to ensure compliance with the provisions of the Pension Reform Act 2014 (PRA) by private sector organizations. The Public Procurement Act requires all organizations seeking government contracts to comply with the PRA 2014.

“The Commission commenced the issuance of Pension Clearance Certificates to organisations in 2012. The certificates are renewable annually and serve as a confirmation of compliance with the provisions of the PRA 2014 by an employer.

“The Commission has set up a transparent, efficient and effective process that ensures timely issuance of certificates to qualified applicants and we are on the verge of automating the process of issuing Pension Clearance Certificate (PCC),” she said.

Speaking further, Dahir-Umar noted that PenCom has continued to monitor the compliance by private sector employers through a Risk Management and Analysis System (RMAS) and through complaints received from employees.

According to her, the commission has frequently engaged employers by way of on-site inspections, leading to the persuasion of 1,891 private sector employers to remit outstanding pension contributions to their employees’ RSAs as at the end of the second quarter of 2018. 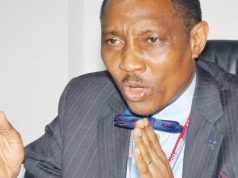