The Nigerian government has stated that the country has the highest rate of HIV infected children across the world. The country reportedly accounts for 30 percent of children born with HIV/AIDS globally.
This also confirms a report which placed Nigeria first on the list of countries with high record of mother-to-child transmission of HIV/AIDS in the world.
Minister of Health, Prof. Isaac Adewole, told newsmen yesterday in Abuja at the launch of a roadmap on implementation of the National Treatment and Prevention of Mother-to-Child Transmission (PMTCT) of HIV/AIDS.
He acknowledged the worrisome state of the situation which requires collective action of all stakeholders.
Prof. Adewole also confirmed that 3.1 million Nigerians are living with the virus, out of which 1.1 million people have been under proper and timely treatment from government. 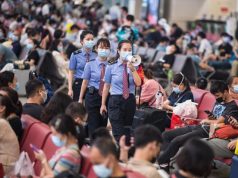