A Pakistani court has overturned the death sentence of a Christian woman convicted of blasphemy, a case that has polarised the nation.

Asia Bibi was convicted in 2010 after being accused of insulting the Prophet Muhammad in a row with her neighbours.

She always maintained her innocence, but has spent most of the past eight years in solitary confinement.

The landmark ruling has already set off violent protests by hardliners who support strong blasphemy laws.

Demonstrations against the verdict are being held in Karachi, Lahore, Peshawar and Multan. Clashes with police have been reported.

The Red Zone in the capital Islamabad, where the Supreme Court is located, has been sealed off by police, and paramilitary forces have been deployed to keep protesters away from the court.

Chief Justice Saqib Nisar, who read out the ruling, said Asia Bibi could walk free from jail in Sheikupura, near Lahore, immediately if not wanted in connection with any other case.

She was not in court to hear the ruling, but reacted to the verdict from prison with apparent disbelief.

“I can’t believe what I am hearing, will I go out now? Will they let me out, really?” AFP news agency quoted her as saying by phone.

What was Asia Bibi accused of?

The trial stems from an argument Asia Bibi, whose full name is Asia Noreen, had with a group of women in June 2009.

They were harvesting fruit when a row broke out about a bucket of water. The women said that because she had used a cup, they could no longer touch it, as her faith had made it unclean.

Prosecutors alleged that in the row which followed, the women said Asia Bibi should convert to Islam and that she made three offensive comments about the Prophet Muhammad in response.

She was later beaten up at her home, during which her accusers say she confessed to blasphemy. She was arrested after a police investigation. 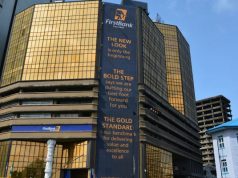 #ENDSARS: FirstBank leads the charge in financial assistance to victims of destruction