Cornell University has suspended partnership programs with Renmin University of China (RUC) in an incident that Chinese scholars say is an example of China-US trade friction spilling over into academic exchanges between the two countries.
Senior leaders of Renmin University of China are contemplating an official response, an employee at the media and publicity department of the school office told the Global Times by phone on Tuesday.
The incident has spurred heated discussions among students and news outlets on social media.
Cornell University’s School of Industrial and Labor Relations (ILR) has suspended two academic exchanges and a research program “over concerns of academic freedom,” said Eli Friedman, a professor at the school, via his Twitter account on Monday.
ILR has exchange and research programs with Renmin Business School and RUC’s school of labor and human resources.
The decision to terminate the exchanges and program was supported by the vice provost of Cornell and the dean of ILR, Friedman said.
Chinese analysts warned that China-US trade friction has started to damage social and cultural exchanges between the two countries.
Terminating academic partnerships is not new, Wang Yiwei, director of Renmin University of China’s Institute of International Affairs, told the Global Times on Tuesday.
“It signals the US is also attempting to contain China in academic and cultural fields,” Wang said.
Tao Wenzhao, a research fellow with the Institute of American Studies of Chinese Academy of Social Sciences called for a rational and restrained reaction to the disputes.
“China and the US have cooperated on a wide range of fields and they definitely will not end because of the trade disputes,” Tao said, adding that although some programs have been hit by trade tensions.
Enmity spurred by tariffs and politics has no place in academia, he said.
More than 378,000 Chinese students are studying in the US, or 30 percent of the country’s international students.
Eight out of 10 are enrolled in higher education, according to the US Department of Homeland Security.
Overseas students contribute to the US economy through higher tuition fees and living expenses mainly paid from their home countries.
NAFSA, a nonprofit organization dedicated to international education and exchanges, estimates that each international student contributed $34,000 to the US economy last year.
China is the world’s largest source of students studying outside their home country, with 523,700 enrolled in overseas programs last year, Chinese financial magazine Caixin reported.
That number, combined with the total spending figure from payments giant UnionPay, translates to annual spending of over 700,000 yuan ($100,489) per student, it said.
“US trade hostility is likely to influence students’ choice of where they will study abroad,” said Xiong Bingqi, deputy director of the 21st Century Education Research Institute.
A Forbes report said the US is “moving in a less welcoming direction” while Canada, the UK and Australia are lowering policy barriers for students. More Chinese students will return home after completing their studies,” Xiong said.

France recalls ambassadors to US, Australia over submarine deal

China vows retaliation on UK over ban of ambassador 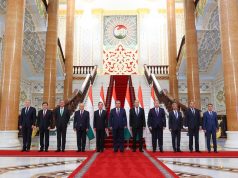