One year ago, you could find Alexandria Ocasio-Cortez working behind the bar at Flats Fix, a small taqueria near Union Square. Come January, you will find her in Washington D.C., representing New York’s 14th District as the youngest woman ever elected to Congress.

But just because she is making history, doesn’t mean she is making money. Ocasio-Cortez recently revealed that she is currently unable to rent a D.C. apartment.

Her transition period will be “very unusual, because I can’t really take a salary,” she said in an interview with The New York Times. “I have three months without a salary before I’m a member of Congress. So, how do I get an apartment? Those little things are very real.”

According to real-estate website Zillow, the median rent in Washington, D.C., is $2,700.

Ocasio-Cortez is a former organizer for Bernie Sanders’ presidential campaign and previously worked for the late Senator Ted Kennedy. She also was an education director at the National Hispanic Institute. In 2008, Ocasio-Cortez’s father passed away from cancer when he was just 48. In order to help fight off foreclosure on her family’s apartment in the Bronx, Ocasio-Cortez took on several jobs in restaurants — often working 18-hour shifts.

“For 80 percent of this campaign, I operated out of a paper grocery bag hidden behind that bar,” she tells Bon Appetit, explaining that she would keep a change of clothes and her political literature behind the bar so she could canvass between shifts.

During this time, Ocasio-Cortez and her partner planned ahead and saved as much money as they could. According to Yahoo, the representative-elect shares a one-bedroom apartment in the Parkchester neighborhood of the Bronx with her partner.

“We’re kind of just dealing with the logistics of it day by day, but I’ve really been just kind of squirreling away and then hoping that gets me to January,” she told The New York Times.

Housing affordability is a pillar of Ocasio-Cortez’s political platform and was a key issue in her primary campaign against leading House Democrat Joe Crowley.

“New York 14 is one of those last working-class congressional districts in New York City. These communities are very rapidly seeing the cost of living go up: In the last three years or so, the median price of a two-bedroom apartment in New York 14 has gone up 80 percent,” she said to Vogue in June. “Our incomes certainly aren’t going up 80 percent to compensate for that, and what that is doing is a wave of aggressive economic displacement of the communities that have always been here.”

The situation in Ocasio-Cortez’s district is a reality for Americans across the country. One Harvard housing report found that over 38 million American households can’t afford their housing, an increase of 146 percent since 2001.

According to Ocasio-Cortez, her experiences as a member of the working class are what makes her best-suited to represent her constituents.

“Many members of Congress were born into wealth, or they grew up around it,” Ocasio-Cortez tells Bon Appetit. “How can you legislate a better life for working people if you’ve never been a working person? Try living with the anxiety of not having health insurance for three years when your tooth starts to hurt. It’s this existential dread. I have that perspective. I feel like I understand what’s happening electorally because I have experienced it myself.” 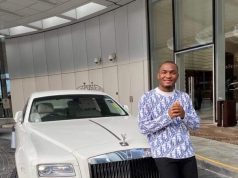 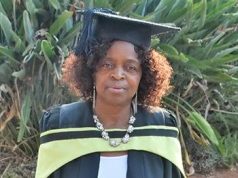