China on Monday published a draft list of 100 outstanding individuals who greatly contributed to the country’s 40 years of reform and opening-up.
Scholars said the list illustrates that reform and opening-up has brought integrated and fundamental changes to China’s economic, ideological, cultural, diplomatic and military sectors.
The Central Committee of the Communist Party of China (CPC) will honor 100 individuals from fields including economics, science, sports and national security, People’s Daily reported on Monday.
Entrepreneurs on the list included Jack Ma Yun, co-founder and executive chairman of the Alibaba Group, Ma Huateng, founder, chairman and chief executive officer of Tencent, Li Yanhong, co-founder of the search engine Baidu, He Xiangjian, co-founder of Midea, and Liu Chuanzhi, founder of Lenovo.
Also on the list was Yu Min, a nuclear physicist who led research of China’s second-generation nuclear weaponry, Ye Cong, designer of China’s deep-sea manned submersible and pharmacologist Tu Youyou who received the 2015 Nobel Prize in medicine for discovering an effective treatment for malaria.
People involved in national security are also listed, including Wang Shumao, deputy head of the militia in Tanmen township, South China’s Hainan Province. Wang trained civilian forces to safeguard China’s maritime rights in the South China Sea.
The list named members of ethnic minorities for contributing to national unity: Qurban Niyaz, a primary school principal in Aksu Prefecture in Northwest China’s Xinjiang Uyghur Autonomous Region who spent his fortune to establish the school in 2003 and teach children Putonghua and the Uyghur language. He also set up traditional Chinese culture courses including Peking Opera, calligraphy and ancient poems.
Representatives from Hong Kong and Macao special administrative regions were listed, such as Wang Kuancheng, former president of the Chinese General Chamber of Commerce in Hong Kong, for his help in facilitating business people from Hong Kong to participate in the mainland’s reform and opening-up. He died in 1986.
The full list of 100 people is available for public comment until Friday, People’s Daily reported. Dissenting opinions on people on the list can be sent by phone, fax, letter or e-mail.

Comprehensive reform
China’s reform and opening-up is not just about economic growth, Li Haidong, a professor at the Beijing-based China Foreign Affairs University’s institute of international relations, told the Global Times on Monday. It is about comprehensive development, he said.
Take diplomacy for example, Li said, China has built sound and comprehensive foreign relations not only with major powers like the US but also with developing countries in Asia and Africa. China’s diplomatic concepts have been shared widely in the international community.
Wang Huiyao, president of the Beijing-based independent think tank Center for China and Globalization, told the Global Times that China’s reform and opening-up sent a clear signal to the world that countries should insist on opening up and multilateralism for development.
By drafting such a list in the year that marks the 40th anniversary of the opening-up and reform policy, China is sending a strong message that it will stick to the policy at a pace unaffected by other countries, Wang said.
Western countries have to acknowledge the success of Chinese reform and CPC leadership is the key to this success, Li said. Developing countries have started to learn from China’s experience, Li said, and some Western countries may follow suit in the future. 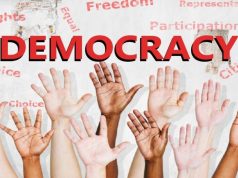 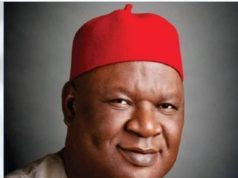 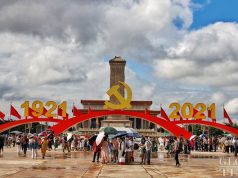