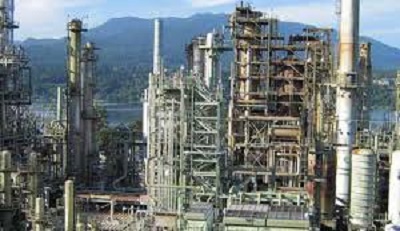 The United States Trade and Development Agency has commended the management of Eko Petrochemical and Refining Company Limited for the level of work done so far, assuring of its continuous and total support.

He said the agency is impressed with the level of activities done so far on the project, adding that it will continue to help in sourcing for financiers through companies in America that will support the project for speedy completion of the refinery.

“We are proud to support this project and this will lead to infrastructure development and economic growth in Nigeria. This project represents an excellent opportunity for U.S. businesses to export technologies and services in support of Nigeria’s refining goals,” he said

He explained that in 2017, USTDA invested in the engineering design of Eko Petrochemical Refinery Project on Tomaro Island forward, to make the vision of Capt. Iheanacho actualised and a reality.

He added that the move by the US government was also to see a closer bilateral co-operation between the United State and Nigeria.

Ms Shannon Roe, the Country Manager, Sub-Saharan Africa, USTDA, said one of the reasons why the agency came for inspection was to see the level of activities that have taken place since the last time we came in 2017.

She also expressed the hope that the proposed 200, 000 bpd production refinery would attract more investments to the country and develop the host communities.

Capt. Emmanuel Iheanacho, Chairman, Eko Petrochemical Refinery Company, in his remarks commended the USTDA’s support to the growth of the refinery.

He said that the company had completed the planning stage, completed drawing-up of the feasibility map and the detailed work-front engineering which met both the Department of Petroleum Resources’ and America’s specifications.

He said that DPR had given the approval authority to construct, adding that “in the scheme of our current national priorities, the requirement to develop indigenous refining capacity on Nigerian soil is very high indeed.

The Chairman said that the company would soon embark on the construction of the crude distillation unit which cost about 32 million US dollars while it continues to look for funds to do the civil and all other engineering structures associated with the refinery.

“We appeal to Nigeria Government for support toward actualisation of the refinery; we want to say to government that what we are doing is absolutely unique and to tell them to try and understand the sacrifices we are making.

This is not about making money, but to realise that Nigeria must move away from being net consumers to being refiners of the product; to build people who can refine their crude and export and to generate more jobs for ourselves.