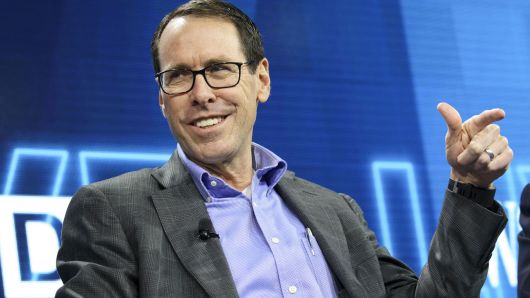 AT&T CEO Randall Stephenson knows his company can’t use Huawei’s gear for high-speed networks, because the U.S. government won’t allow it. But in Europe, the Chinese networking company has dominant market share, which is a problem as the world gears up for the move from 4G to 5G, Stephenson said on Tuesday at the Fintech Ideas Festival in San Francisco.

That’s because Huawei doesn’t work with other suppliers.

“Huawei does not facilitate interoperability from 4G to 5G other than their own networks,” said Stephenson, in an interview on stage with CNBC’s Andrew Ross Sorkin. “How comfortable are you if you’re a senior person in one of these countries that that much of your infrastructure that’s underpinning this much of our social interaction is being supplied by — i don’t care if it’s Huawei — but by a Chinese company?”

In the U.S., Huawei’s equipment has been subject to several bans and threats of other penalties. Most notably, the company, alongside Chinese competitor ZTE, was mostly banned from doing government contract work by the 2019 Defense Authorization Act. The U.S. has cited intelligence reports that claim Huawei was built with intractable ties to Chinese intelligence to provide equipment that could be used for espionage.

European nations have shunned U.S. calls to take the same approach to Huawei, and Huawei has rejected the allegations of spying and launched a lawsuit against the U.S. government. It’s maintained that the U.S. intelligence community’s concerns were driven by U.S. technology competition or trade deal negotiations.

“Our government has declared that AT&T and Verizon cannot use Huawei,” Stephenson said. “We get it. There are people who are concerned from a national security standpoint about having a company that they have concerns about propagated throughout our networks.”

When it comes to Europe, Stephenson didn’t take a position on whether Huawei should be allowed to sell, but he did say that countries relying on its equipment should force the Chinese company to work with competitors and partners.

“You need to allow Nokia or Ericsson or Samsung to operate a 5G network on top of yours,” he said. “That’s a good first step so that you’re now not just locked into one player, one provider for 5G.”

American and other global companies will have a harder time competing, he said, if their equipment can’t be used in the upgrade to 5G, which will be faster and allow for a far greater number of internet-connected devices.

The U.S. has more aggressively pursued its claims against Huawei more recently by seeking to extradite the company’s CFO, Meng Wanzhou, from Canada on allegations of fraud related to Iran sanctions and by prosecuting the company for alleged trade secrets theft against T-Mobile.

In January 2018, AT&T and Verizon dropped Huawei-made phones from their lineup after pressure from the U.S. government.

Huawei could not immediately be reached for comment for this story.