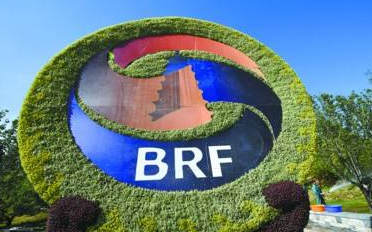 China published a report elaborating on the progress, contributions and prospects of the Belt and Road Initiative (BRI) on April 22.

Over the past five years, the country has made remarkable progress in the construction of the Belt and Road.

The initiative and its core concepts have been written into documents from the United Nations, G20, APEC as well as other international and regional organizations.

By the end of March 2019, the Chinese government had signed 173 cooperation agreements with 125 countries and 29 international organizations. The Belt and Road has expanded from Asia and Europe to include more new participants in Africa, Latin America and the South Pacific.

By the end of 2018, the China Railway Express to Europe had connected 108 cities in 16 countries in Asia and Europe. A total of 13,000 trains had carried more than 1.1 million TEUs. China has enabled more convenient and efficient customs clearance so that the average inspection rate and customs clearance turnover time have both decreased by 50 percent.

From 2013 to 2018, the value of trade between China and other Belt and Road countries surpassed $6 trillion, accounting for 27.4 percent of China’s total trade in goods, growing faster than the country’s overall foreign trade.

From 2013 to 2018 China’s direct investment in Belt and Road countries surpassed $90 billion, achieving a turnover of $400 billion in foreign contracted projects in these countries.

According to a World Bank study, the transportation network proposed by the BRI could lead to a nearly 5 percent increase in total foreign direct investment flows to Belt and Road countries.

In recent years, financial connectivity under the BRI has deepened. The Cross-Border Interbank Payment System now covers some 40 countries and regions involved in the Belt and Road Initiative.

Currently, China has signed agreements on industrial capacity cooperation with more than 40 countries including Kazakhstan and Brazil. The country has signed third-party market cooperation agreements with France, Italy, Spain, Japan, and Portugal.