Large cap stocks, or those in the S&P 500, have now lost $1.1 trillion since President Donald Trump surprised markets with the May 5 weekend tweets that said he was thinking of raising tariffs on Chinese goods.

As China retaliated against the latest U.S. tariffs Monday, the Dow and S&P 500 were both down more than 2% in their worst day since Jan. 3. Investors fled to bonds and other safe haven trades, like gold.

Market strategists predict more pain for stocks ahead, as the market prices in a more extended view of the trade battle that looked to be just a skirmish a week ago. Since his weekend threat, President Donald Trump forged ahead with higher tariffs on $200 billion in Chinese goods and says he will move forward with new tariffs on all

China retaliated by raising tariffs on $60 billion in goods. As of June 1, Beijing will increase tariffs on more than 5,000 products to as high as 25%. Duties on some other goods will increase to 20%. Those rates will rise from either 10% or 5% previously. Products hit by the 25% tariffs include animal products and frozen fruits and vegetables. Chemicals are among goods to be taxed at 20%.

“Our view is this could escalate for at least a matter of weeks, if not months, and it’s really to get the two back to the negotiating table and finish the deal, is probably going to require more pain in the markets…Really the only question is if we need a 5%, 10% or bigger market correction,” said Ethan Harris, head of global economics at Bank of America Merrill Lynch.

As stocks sold off, investors ran to the safety of Treasurys, and the 10-year yield fell to 2.39%. At the same time, the futures market was pricing in a full 25-basis point Fed rate cut for this year and most of one for next year, according to BMO.

Julian Emanuel, head of equities and derivatives strategy at BTIG, said the market could have further to fall, and he doesn’t expect it to stop until the CBOE’s VIX, a measure of puts and calls, rises to 30. The VIX, commonly viewed as a fear meter, was up 32%, just above 21.

“We see downside risk to 2775, the S&P’s 100-day moving average, more importantly 2,600 is an area of previous support,” said Emanuel. A decline to 2,600 would be about 7%. “Trying to pick a level in the market is much more difficult. What we really want to see is a degree of fear. To us that degree of fear right now is represented by the VIX trading up to 30, which we think will happen at some point in the near to medium term.” 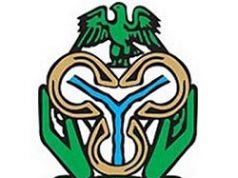