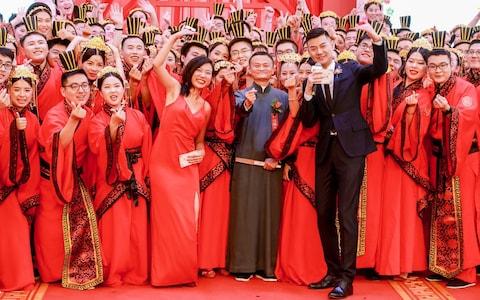 One of China’s wealthiest men, Jack Ma, founder of tech giant Alibaba, is urging his employees to have more sex in pursuit of a better work-life balance.

Mr Ma gave a lighthearted speech at an event at which dozens of Alibaba couples were married in a group ceremony, stressing that a balanced home life was important for long-term happiness and health, and dubbed his philosophy “669”.

“We want 669 in life. What is 669? Six times in six days; the emphasis is on nine,” he said at a company gathering, referring to sex, and using a play on words, as the word “nine” in Mandarin is a homophone for the word “long.”

Mr Ma’s “669” was in reference to a popular term that describes the Chinese industry’s work culture of “996” – a rough schedule of 9 am to 9pm, six days a week.

That’s 72 hours a week, often without overtime pay. Overworking is common in China, seen as a way to show dedication to your job.

But it became controversial recently after Mr Ma endorsed the overwork culture, posting online in April that “to be able to work 996 is huge bliss,” arguing then that milestones only come with great sacrifice.

All this inflamed an already fraught discussion in industry about giving up everything for a job and an employer.

In March, a group of developers started a project online called “996.icu,” alluding to the idea that working such hours could land someone in the intensive-care unit.

According to Chinese law, businesses are only supposed to let staff work eight hours a day, or 40 hours a week, with overtime capped at 36 hours a month.

Mr Ma’s latest remarks appear to roll back his earlier “996” endorsement, while still falling in line with Alibaba’s company culture, which has long prided itself on maintaining the feeling of a start-up despite ballooning to a early $500 billion in market value.

Each year in early May, the company celebrates its employees with a day called “Aliday,” where couples who work for Alibaba are take part in a group wedding ceremony.

The company even flies international employees to its Hangzhou headquarters to participate. Mr Ma’s comments caused a stir online, with some criticising his comments as “disgusting.”

Others wondered if he was attempting to encourage a baby boom given China’s looming demographics challenge. Experts have warned that China’s population will start to shrink over the next decade.

The country’s birth rate hit a record low of 15 million births last year, the lowest number of babies born since 1949. By 2050, about a third of the population will be elderly, straining state coffers and leaving fewer people of working age. 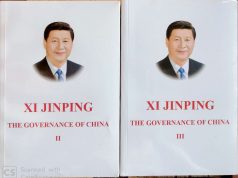