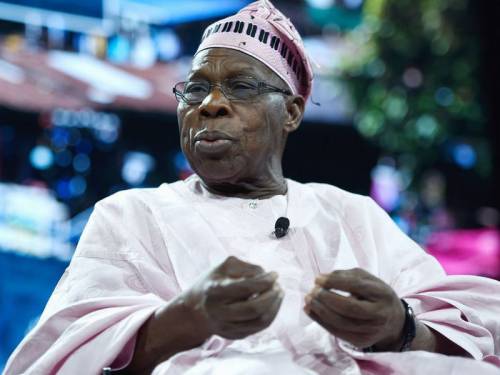 “Yet, we could have dealt with both earlier, and nip them in the bud, but Boko Haram boys were seen as rascals not requiring serious attention in administering holistic measures of stick and carrot.

Olusegun Obasanjo, former president of Nigeria, has said decisiveness is key if Nigeria wants to win the war against insecurity.

The Owu-born retired general said those at the helm of affairs, must tackle insecurity squarely without minding if they step on toes.

He made the admonishment while speaking at the second session of the Synod held at the Cathedral Church of St.Paul’s Anglican Church, Oleh in Isoko South Local Government Area of Delta State.

According to him, “They have both incubated and developed beyond what Nigeria can handle alone. They are now combined and internationalized with ISIS in control.

“It is no longer an issue of lack of education and lack of employment for our youths in Nigeria which it began as, it is now West African fulanization, African Islamization and global organized crimes of human trafficking, money laundering, drug trafficking, gun trafficking, illegal mining and regime change.

“Yet, we could have dealt with both earlier, and nip them in the bud, but Boko Haram boys were seen as rascals not requiring serious attention in administering holistic measures of stick and carrot.

“And when we woke up to the reality, it was turned to industry for all and sundry to supply materials and equipment that were already outdated and that were not fit for active military purpose.

“Soldiers were poorly trained for the unusual mission, poorly equipped, poorly motivated, poorly led and made to engage in propaganda rather than achieving results.

“Intelligence was poor and governments embarked on games of denials while paying ransoms which strengthened the insurgents and yet governments denied payments of ransoms. Today, the insecurity issue has gone beyond the wit and capacity of Nigerian Government or even West African Governments”.

Obasanjo continued, “Government must appreciate where we are, summon each group that should make contributions one by one and subsequently collectively seek the way forward for all hands on deck and with the holistic approach of stick and carrot.

He stressed, “There should be no sacred cow. Some of the groups that I will suggest to be contacted are: Traditional rulers, past heads of Service Chiefs (no matter how competent or incompetent they have been and how much they have contributed to the mess we are in), past heads of paramilitary or organizations, private sector, civil society , community leaders particularly in the most affected areas, present and past governors, present and past local government leaders, religious leaders, past Heads of States, past Intelligence Chiefs, past heads of Civil Service and.relevant current and retired diplomats, members of opposition and nay groups that may be deemed relevant.

“After we have found appropriate solution internally, we should move to bilateral, multinational, regional, continental and global levels. With ISIS involvement, we cannot but go global.

“Without security and.predictable stability, our development , growth and progress are in period.

“Let me hasten to add that we must be at the appropriate seat at the table of international discourse, deliberations, agenda and action.”

With 125 countries signed up at the 2019 forum, experts say China’s BRI is next to UN general Assembly

The Belt and Road Initiative (BRI) gained more confidence of the world leaders, as reported, that more than three dozen of Heads of the States were among a little over 5000 attendees of the Belt and Road Forum (BRF) from 150 countries. After the UN General Assembly session, the BRF could be termed as the second largely represented forum on a single agenda ‘connectivity and cooperation’.

The three-day BRF in Beijing on the last weekend of April concluded with another historic milestone for China adding US$ 64 billion memoranda of understanding signed at the CEO conference for the connectivity and cooperation projects.

President Xi Jinping told the media that a total of 283 items of practical outcomes were achieved during the BRF. Participants of the forum agreed the BRF is an important platform for multilateral cooperation and should be held on a regular basis.

While every other country is valuing the BRF as a forum to share the development vision, the U.S. and India were among the countries that didn’t send official representatives to this year’s forum, while Russian President Vladimir Putin attended.

Launched in 2013, the Belt and Road Initiative is widely seen as China’s effort to increase its global influence. Despite all the odds and suspicions created against the BRI it has attracted fairly large number of countries. Over the last six years, since the inception of BRI, as many as 125 countries have signed up. Some more are likely to be part of it.

Critics say that through the massive infrastructure project, China forces developing nations to take on high debt burdens. President Xi, however, has allayed debt concerns, while analysts say the project’s success requires foresight and honesty from all sides. If the infrastructure built up with the borrowed money is not used optimally then the debt could pile up. Only those nations would benefit from the BRI that have some solid business and international trade plans and vigorous economic strategy.

The Asia Times journalist Pepe Escobar writes: “Relentless reports that the New Silk Roads, or the Belt and Road Initiative (BRI), are a perfidious neo-imperial debt trap set up by Yellow Peril 2.0 are vastly exaggerated.”

The Aljazeera analyst Alfred Romann states: Ramped-up efforts to rebrand China’s mammoth Belt and Road Initiative (BRI) were in full swing this week as the country hosted a giant forum and President Xi Jinping touted the benefits of multinational cooperation and sustainable infrastructure while pointing to efforts to address concerns.

The size and breadth of The Second Belt and Road Forum for International Cooperation in Beijing, which covered everything from environmental policy to corruption and China’s lending practices, underscored the effort China is putting on recreating the image of the BRI.

Beyond the hundreds of meetings and the agreements signed, photo-ops with three dozen heads of state, and promises of both private and public investment into infrastructure and trade, Xi took pains to underscore China’s good intentions and commitment to transparency and building “high-quality, sustainable, risk-resistant, reasonably priced, and inclusive infrastructure”, as he said during his keynote speech on the opening day of the forum.

The experts closely monitoring the China’s mammoth initiative believe that the new BRI concept is a little different and improved version of the ‘One Belt, One Road’ (OBOR) with some readjustments.

“Zero corruption, green, multilateral, quality, sustainability are the new glossary terms of the Chinese president,” said Bruno S Sergi, an instructor on the economics of emerging markets and the political economy of Russia and China at Harvard University and an associate at the Harvard Davis Centre for Russian and Eurasian Studies.

No doubt these new terms point in the right direction. The BRI believers have the hope that the new glossary terms would not prove to be only the buzz words for the marketing effort. The forum has a little explanation of the mechanisms how the newly touted concepts would be translated into real meanings to make the BRI humanely and ecological sustainability. Otherwise, it would become counter-productively with all its ills.

For example, the China-Pakistan Economic Corridor (CPEC) has raised many questions on its financial and strategic transparency, sustainability and ecological cost. The native economists believe that it would add more financial burden to already debt trapped Pakistan.

Despite increasing acceptance for BRI some countries have reservations too. Malaysia has cancelled some BRI projects linked to widespread corruption. Turkey skipped the forum citing fears of debt-trap diplomacy. In Montenegro, BRI financing has drastically expanded national debt.

Italy has joined the initiative in March while many more EU countries are likely to sign up for the BRI ignoring the US lobby’s hue and cry against BRI. So now we have 12 EU member states plus five Balkan nations committed to the BRI and wider business deals with Beijing. The Europeans exhort China to implement a real “level playing field,” and everyone enthusiastically supports the EU-China Comprehensive Investment Agreement, which Brussels and Beijing had already pledged to sign before the end of 2020.

France and Germany are already talking about to form EU army to replace NATO. The main reason is cited the US administration’s unilateralism that is proving unwise for the individual countries and also for the collective benefits. Many other financial and strategic phenomenon are proving gradual decline in the US influence globally.

About $90 billion have been invested in multiple BRI-related projects that shows gradual acceptance of China’s philosophy of economic cooperation and connectivity. China’s total investment in the BRI projects is likely to rise up to several hundred billion dollars that China has loosely committed to.

President Xi has reiterated at the second BRF to address the concerns by committing to ensuring both environmental and financial sustainability in projects and investments. Linking the BRI to connectivity and cooperation, President Xi also assured to address the “challenges and risks confronting mankind”, global economic growth, international trade and investment, governance, multilateralism, green development and innovation.

It is too early to determine the exact benefits of the BRI what China is struggling for and putting its efforts in and giving commitments because the initiative is quite huge.

President Putin left nothing to doubt when he proudly proclaimed that Russia and the Eurasian Economic Union regional integration organization that it leads are strategically merging with China and its Belt & Road Initiative, with this process having unprecedentedly far-reaching strategic consequences for the supercontinent and 21st-century geopolitics as a whole.

Pakistan was one of those countries who endorsed the initiative at its initial stage. The China-Pakistan Economic Corridor (CPEC) is the culmination of the trust that both countries have on each other. Both countries have signed the Free Trade Agreement (FTA) at the BRI. Let’s watch and see who will benefit more from it while we see all local markets have already been saturated with the Chinese products of all sorts.

The writer is an Islamabad-based policy advocacy, strategic communication and outreach expert 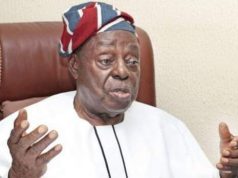 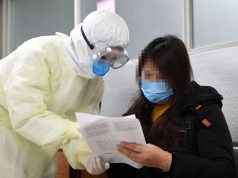 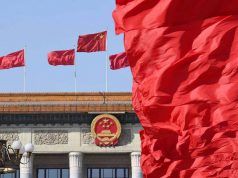