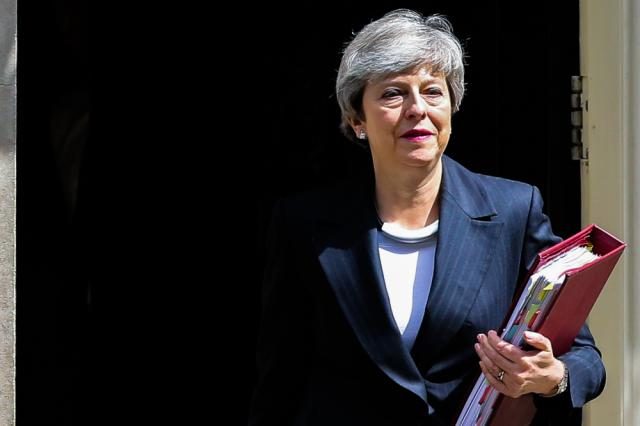 Theresa May has announced she is to stand down as Prime Minister on 7 June following months of mounting pressure over her failure to deliver Brexit.

Her voice cracking, the Prime Minister said it had been ‘the honour of my life’ to serve ‘the country that I love’.

In an emotional speech, Mrs May said she had ‘done her best’ to deliver the result of the EU referendum.

“It is and will always remain a matter of deep regret to me that I have not been able to deliver Brexit,” she said.

Mrs May will remain in post until a successor is chosen.

Conservative MPs praised their leader for a ‘dignified’ speech.

Andrea Leadsom, who quit the cabinet this week, said: “A very dignified speech by Theresa May. An illustration of her total commitment to country and duty.”

Leadership hopeful Liz Truss said: “Very dignified statement from the Prime Minister. She has put her all into the job and has shown huge resilience at this difficult time. Thank you.”

Michael Gove, who remained loyal to Mrs May throughout her time in office, said: “A moving speech from a Prime Minister who deserves our respect and gratitude.”

The final straw of her doomed premiership came when a last-gasp effort to win support for her Withdrawal Agreement Bill backfired spectacularly and it became obvious her Brexit deal was dead in the water.

Brexiteers within her own party were enraged by the concession of the offer of a potential second referendum and customs union arrangement announced on Tuesday.

She also lost the support of many senior Cabinet members who made it clear her time was up.

Labour and the DUP also said they would not support the deal.

Andrea Leadsom dealt another blow when she quit as Commons leader on Wednesday evening saying she had lost confidence Mrs May would “deliver on the referendum result”.

Mrs May delivered her speech this morning shortly after meeting the chairman of Tory backbenchers at 9am. The timing means a new Tory leader – and therefore Prime Minister – should be in place by the end of July.

Her announcement means she will still be in power for Donald Trump’s state visit on 3-5 June.

It also comes the day after European elections, in which the Tories are expected to perform disastrously.

Boris Johnson is the current favourite to replace Mrs May.

Theresa May’s failure to lead Britain out of the EU ultimately led to her demise as Prime Minister.

After campaigning for Remain during the Brexit campaign, she faced an uphill struggle to persuade anybody to believe in her born-again Brexiteer credentials.