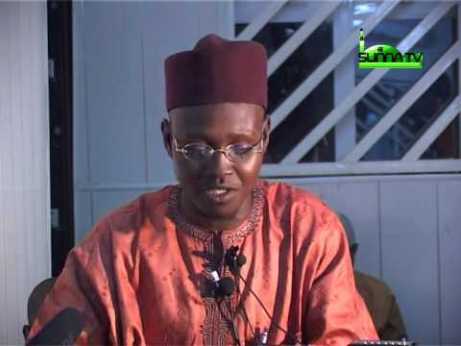 A popular Katsina-based Islamic cleric, Mallam Aminu Usman, popularly called “Abu Ammar” who was recently detained and released by the Department of State Services (DSS) has vowed not to stop preaching to political leaders to offer good leadership as mandated by the Holy Quran and Prophetic traditions of Islam.

In an audio of his preaching after his release obtained by PRNigeria, the cleric said traditional rulers and religious leaders should have the courage to speak the truth to power.

While giving glory to Almighty Allah for protecting him while at the DSS’ facility, Sheikh Abu Ammar, thanked teeming Muslim brethren and other Nigerians who offered ceaseless prayers for his safety.

He said he was arrested and interrogated just because he appealed to government to do the necessary thing, which is to provide maximum security for the poor masses of Katsina who have been at the mercy of bandits and kidnappers.

“There is no point discussing the ordeal DSS made me pass through. But, Alhamdulillah I have been reunited with my family and the Muslim Ummah. And I have vowed not to keep mute in the face of injustice, poor governance and tyranny of our leaders.

“The problems and agonies of the people of Batsari, Safana, Dan Musa, Kankara, Sabuwa, Faskari, Jibia, Batagarawa, Mani, Daura and even the Katsina Local Government Area itself, are also my problems.

“I will speak about their plights, even if I will be incarcerated a million times. I will speak truth to power, even at the detriment of my life. As such, I am urging my fellow Muslim preachers to remain steadfast and have faith in Allah. They should not relent in admonishing our leaders and those in authorities to do the right thing and what are expected of them,” he said.

The cleric pointed out that Allah is not only with those who speak the truth, but abundantly reward those who exhort their leaders to justice, equity, and righteousness.

He said: “As Muslims we must not allow the transient power or authority wielded by our leaders to dissuade us from objectively criticizing them, and charging them to offer good governance.”

He urged religious leaders and Islamic scholars in the country not to surrender to the whims of political leaders or allow themselves to be cowed, no matter the conspiracies that may be fashioned against them.

After spending 48 hours in the custody of the Department of State Services (DSS), Sheikh Aminu “Abu Ammar” Usman, was last week. He was allegedly invited and detained by the DSS following his sermon which berated the Muhammadu Buhari administration as being non-challant on the worsening insecurity across the country in a pre-Hudba sermon that went viral.