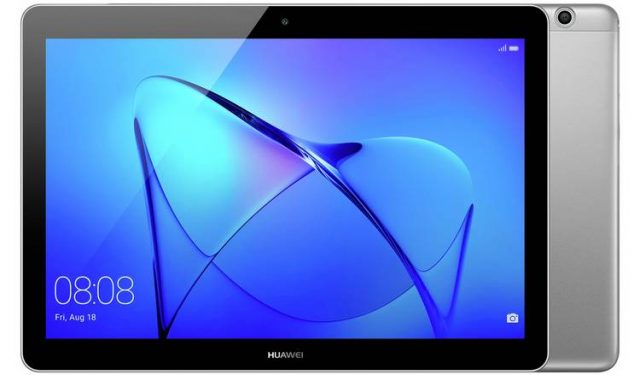 Huawei Technologies Co appears to be moving ahead with a proprietary operating system (OS) for mobile phones and computers, as the Chinese telecom giant filed trademarks in the EU for its OS, following what could be a crippling ban from the US government.
Although Huawei has been working on its own OS for years as an insurance policy in case of losing access to US technologies such as the Android system, the company is markedly picking up the pace to launch the software after US technology giant Google signaled that it would cut supplies of its services to Huawei.
In the latest sign that the company is speeding up the launch of its own OS, Huawei has filed several applications with the European Union Intellectual Property Office (EUIPO) for trademarks for the OS and other software.
A search on the EUIPO’s website showed that Huawei filed at least three different trademarks – the Huawei Ark Compiler, Huawei Ark and the Huawei Ark OS – as recently as Friday. Descriptions of all three applications said that the trademarks were for compiler software and OS for electronic devices.
The trademarks were still under examination as of press time on Wednesday.
The latest move in the EU came after Huawei was granted a trademark “Hongmeng” for its OS by the Chinese National Intellectual Property Administration’s trademark office on May 14. Richard Yu Chengdong, head of Huawei’s consumer business, has also said that the company was aiming to launch its own OS as soon as this fall.
“This should come as no surprise to anyone after the US ban,” said Wang Yanhui, head of the Mobile China Alliance, “Huawei basically has no choice but to launch its own OS as soon as possible to avoid disruption to its business if Google decides to stop Android licenses to Huawei.”
Google announced on May 20 that it would cut suppliers with Huawei to comply with the export ban by the US government, but it later followed a decision by US officials to give the Chinese company a three-month grace period, which the Chinese company said doesn’t mean much.
The ban has not affected all Huawei handsets and the company vowed to continue to provide services to users in China and other countries and regions, Vincent Pang, senior vice president and head of corporate communications at Huawei, said at a press conference in Shenzhen, South China’s Guangdong Province, on Wednesday.
The company announced legal actions against the US government over the ban at that event.
Still, the company needs to prepare for a prolonged fight, and a proprietary smartphone OS is a necessary step, despite the intricacies and difficulties of launching a new OS to challenge Android, analysts said.
“It is a very tough task, but it’s not impossible,” said Zhang Yi, CEO of iiMedia Research Institute. “If Huawei succeeds in launching its own OS, that will be a turning point for not just the company, but for the whole smartphone industry. It will reshape the current software market dominated by US companies.”
However, the company could see some impact on its sales in the initial stage as consumers are more used to Android and Apple’s iOS, but the company is well-positioned to cope with those hits, given a massive fan base at home and abroad, analysts said.
In the first quarter of 2019, Huawei saw the highest year-on-year growth among the world’s top five smartphone vendors, growing 44.5 percent to 58.4 million units, while Samsung recorded sales decline of 8.8 percent and Apple recorded sales drop of 17.6 percent, according to research and advisory company Gartner on Tuesday.
Huawei sales grew in all regions, with sales in Europe rising 69 percent and in China up 33 percent, helping the company to secure the world’s second-largest smartphone vendor, behind Samsung and before Apple, Gartner said.