U.S. manufacturers warned on Friday that President Donald Trump’s threat to impose new tariffs on Mexico could have a “devastating” impact on the economy and may jeopardize the administration’s efforts to win passage of a new North American trade accord.

Late Thursday, Trump shocked markets by threatening to slap 5% surcharges on Mexican imports beginning June 10, as part of a demand that the country do more to contain a surge of migrants streaming across the border.

Both the National Association of Manufacturers (NAM) and the American Automotive Policy Council (AAPC) — a lobbying group representing powerhouse automakers like Ford (F), General Motors (GM) and Fiat-Chrysler (FCA) — came out strongly against the threat of tariffs, which come as the United States Mexico Canada trade agreement languishes in Congress.

According to an analysis from Deutsche Bank, some 35% of all U.S. auto parts consist of components manufactured abroad — and Mexico’s largest imports to its neighbor to the north are auto related.

Mexico is one of the U.S.’s largest trading partners, with a bilateral relationship worth $671 billion last year, according to the U.S. Trade Representative’s office. That fact was not lost on NAM and AAPC, which echoed fears that the tariffs’ costs would be passed along to consumers.

“These proposed tariffs would have devastating consequences on manufacturers in America and on American consumers,” said NAM president and CEO Jay Timmons in a statement. NAM has largely supported the president on trade, while calling for a comprehensive solution to the immigration crisis.

“We have taken our concerns to the highest levels of the administration and strongly urge them to consider carefully the impact of this action on working families across this country,” Timmons added.

“Manufacturers have been working hard to secure passage of the U.S.–Mexico–Canada Agreement, and the last thing we want to do is put that landmark deal—and the 2 million manufacturing jobs that depend on North American trade—in jeopardy.”

Retailers, who have also cautioned that the U.S.-China trade war’s escalation would trickle down to consumers, also blasted the president’s move on Friday. The industry imports around $182 billion worth of goods annually from the U.S.’s southern neighbor, according to a 2017 study by A.T. Kearney.

“The growing tariff bill paid by U.S. businesses and consumers is adding up and will raise the cost of living for American families,” the National Retail Federation said in a statement.

“Forcing Americans to pay more for produce, electronics, auto parts and clothes isn’t the answer to the nation’s immigration challenges, and this certainly won’t help move USMCA forward,” it added.

The AAPC also voiced concerns about how Trump’s tariffs could derail the USMCA, which “makes significant improvements to the NAFTA, but it relies on duty free access to be successful,” said Missouri’s Republican governor Matt Blunt, who also serves as AAPC’s president.

Blunt added that “the imposition of tariffs against Mexico will undermine its positive impact and would impose significant cost on the US auto industry.”

The challenge to Mexico echoed Trump’s threat last year, when he explicitly linked NAFTA renegotiations to the lack of border security. In an interview with CNBC on Friday, White House trade advisor Peter Navarro said that Trump’s threat was in response to the country’s “export” of “illegal aliens.”

Slapping tariffs on Mexican goods is exactly the wrong move,” said the U.S. Chamber of Commerce, in a statement.

Trade war fears have already shaved off more than $5 trillion in foregone stock market gains, according to Deutsche data. 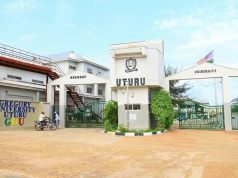