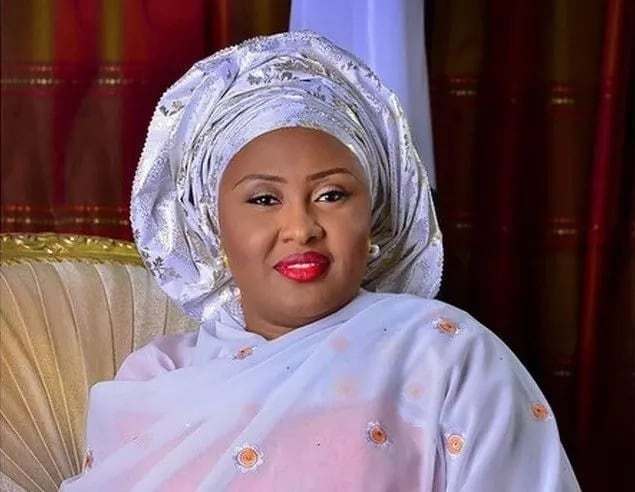 Nigeria’s first lady Aisha Buhari has expressed concern over the high incidence of bandits attacks in the country, urging security agencies to quickly put an end to insecurity challenges.

The wife of the president expressed the concern on Saturday in the northwest state of Katsina while distributing relief materials to over 25,000 victims of bandits attacks.

She told her audience that it was necessary to degrade the criminals before they ended the civil population.

Buhari said all well-meaning Nigerians should talk on things that were going wrong in the country, so as to elicit necessary action.

“We should not keep silent while things are happening, thinking that if something happens today it will not happen tomorrow,” she added.

“It is compulsory to speak the truth, it is not proper for us to give the highest number of votes during the general elections and allow bandits continue killing people and keep quiet,” the president’s wife told her audience.

“We must speak on whatever is going wrong in the country,” she said.

Hundreds of people have been killed in attacks linked to cattle-rustling gangs in northwest Nigeria this year alone.

The northern part of Nigeria has witnessed several killings by armed bandits despite the deployment of soldiers there.

Cattle raiding has recently become a major crime in Nigeria, with the northern part of the most populous African country being the hardest hit.

Recently, security agencies in Sokoto, Katsina, Kaduna and Zamfara states said they were collaborating to tackle criminality in their areas of operation.

The Nigerian government had in May announced banning use of motorcycles within the hinterland and forests of seven states, citing security reasons.