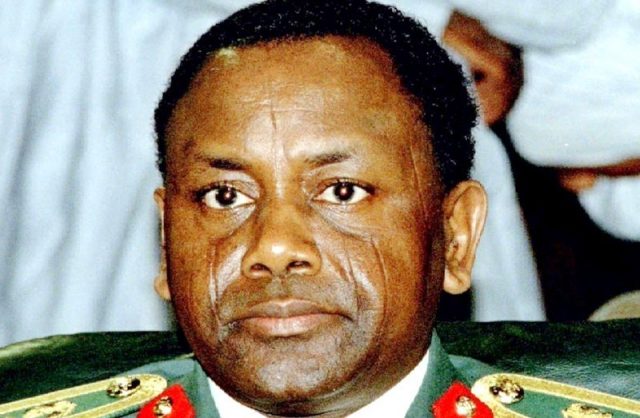 Part of the money stolen by former Nigerian dictator, late Gen Sani Abacha has just been discovered and confiscated by a British court.

The discovery which is the latest involves £211,000,000 and seized from a bank in Jersey, Channels Islands by a British court.

The money worth £211,000,000 was put into accounts held in Jersey by Doraville Properties Corporation, a British Virgin Island company.

Abacha was a Nigerian army officer and de facto president between 1993 until his death in 1998. During this period, he laundered money through the United States to the Channels Island.

The money will be held by the government until authorities in Jersey, the US and Nigeria come to an agreement on how it should be distributed.

Any money that Jersey does keep will be put into the Criminal Confiscation Fund, which is used to pay for a variety of projects. In the past the fund has been used for the new police station and developments at La Moye Prison.

It is expected that even more money held by Doraville is likely to be seized and paid into the Civil Asset Recovery Fund in the future.

Metro UK reports that, Attorney General Robert MacRae said: ‘In restraining the funds at the request of the United States of America, through whose banking system the funds were laundered prior to arriving here, and in achieving the payment of the bulk of the funds into the Civil Asset Recovery Fund, Jersey has once again demonstrated its commitment to tackling international financial crime and money laundering.’

Then in 2017, Doraville challenged the Royal Court’s decision, taking the case to Jersey’s Court of Appeal. That challenge was again rejected.

Finally, following the decision of Jersey’s Court of Appeal, Doraville made an application to appeal against the restraint order before the Privy Council – Jersey’s ultimate appellate court. In February 2018 the Privy Council announced its rejection of this final legal challenge.

Last week, Solicitor General Mark Temple gave a presentation in Vienna, Austria, about Doraville at a UN conference on corruption.

He said: ‘The conference of the States Parties to the United Nations convention against corruption is an important international forum concerned with anti-corruption measures and asset returns.

‘The conference was a good opportunity to demonstrate progress with the Doraville case, as well as Jersey’s determination to deal with international financial crime more generally.’