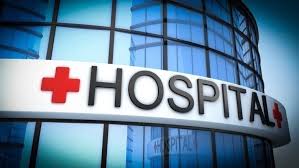 Scientists have introduced losartan, a blood-pressure drug, in a new treatment protocol, which for the first time, enables the surgical removal of locally advanced pancreatic cancer (LAPC) in patients.

LAPC is said to be one of the worst forms of an already deadly tumor. Prior to the study, it is said to have been impossible to remove the tumor surgically.

Conducted at the Massachusetts General Hospital (MGH) cancer centre, from August 2013 through July 2017, the scientists employed a combination of intensive chemotherapy, radiation with losartan for the clinical trial.

The novel use of losartan in the study builds on a previous study by Rakesh K. Jain, director of the Steele Laboratories for Tumor Biology at MGH, and his colleagues, which found that the drug improved the delivery of chemotherapy drugs in animal models of breast, pancreatic, and ovarian cancer.

Jain’s research also noted that patients who take losartan or similar blood-pressure drugs tend to live longer than others who don’t.

For the new study, scientists administered the combo-therapy within a period of four months on 49 patients with previous cases of untreated LAPC.

All the participants received chemotherapy with a combination of fluorouracil, leucovorin, oxaliplatin, and irinotecan (FOLFIRINOX), during which they also took daily doses of losartan.

At the end of the treatment, 34 participants who undertook the therapy proceeded to have surgical removal of their tumour.

The study found that 30 patients recorded a successful elimination of all cancer evidence around the tumour.

“Around 40% of pancreatic cancer patients have either locally advanced or borderline resectable disease, with historically poor rates of successful surgery,” Janet Murphy, co-lead author for the study said.

“To be able to successfully remove the primary tumor in 61 percent of patients sets a new benchmark and offers much hope. To our knowledge, this is the first LAPC clinical trial that defined surgical success as its primary outcome.

“A key part of the success of our approach was our surgeons’ willingness to attempt an operation even in patients who had the appearance of cancer at or near their blood vessels”.

According to the researchers, this study seeks to improve the survival chances of patients with locally advanced pancreatic cancer.

“Locally advanced pancreatic cancer has been generally considered an incurable disease, so these results mark a dramatic improvement with respect both to rates of conversion to surgical resectability and to long-term disease outcomes”, Jennifer Wo, co-lead author and assistant professor of radiation oncology, said