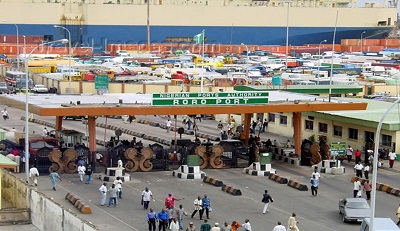 The management of the Nigerian Ports Authority has announced the approval of a 10 per cent discount on harbour dues for vessels calling at the eastern ports.

According to the agency, this is part of the efforts to increase patronage of the eastern ports. The ports that would be affected by the incentive are Calabar, Rivers and Delta Ports, the NPA indicated in a statement on Monday.

It stated, “These discounts shall not apply to vessels coming inballast (without any cargo),

NPA announced that the application of the incentive was with immediate effect.

As part of efforts to decongest Lagos ports and divert vessel traffic to the eastern ports, the Federal Government had in the past year made huge investments in the eastern ports to rehabilitate them and make them more attractive to importers.

The General Manager, Security at NPA, Iheanacho Ebubeogu, suggested a reduction in tariffs as part of the incentives to attract vessels to the eastern ports.

He said this would encourage effective utilisation of the ports because if cost differential between Lagos and the eastern ports was down by 30 per cent, importers would be attracted to use the ports.

“When I mean a review of tariff across the board, NPA tariff has to come down, the Nigerian Maritime Administration and Safety Agency should review its Coastal and Inland Shipping (Cabotage) tariff, Customs tariff should come down so that people can be motivated. I do not want us to think that addressing security alone will achieve this,” he said.