Rwanda to be first country to wipe out cervical cancer

The East African country’s campaign to end cervical cancer through the HPV vaccine has had to overcome cultural taboos and rumours about infertility – but it’s saving lives.

Girls began queuing at their local school with their friends, waiting for their names to be called. Many were apprehensive. After all, most of them had not had a vaccination since they were babies. It was 2013 and a new vaccine had arrived in Kanyirabanyana, a village in the Gakenke district of Rwanda. Reached by a reddened earth road, the village is surrounded by rolling hills and plantations growing crops from bananas to potatoes. Unlike the 10 vaccines already offered to young children as part of the country’s immunisation programme, this vaccine was different: it was being offered to older girls, age 11–12, in the final year of primary school.

Three years before, Rwanda had decided to make preventing cervical cancer a health priority. The government agreed a partnership with pharmaceutical company Merck to offer Rwandan girls the opportunity to be vaccinated against human papillomavirus (HPV), which causes cervical cancer.

This was the first time an African country had embarked on a national prevention programme for cervical cancer. Could Rwanda become the first country in Africa to eliminate it?

It was an ambitious goal. Cervical cancer is the most common cancer in Rwandan women, and there were considerable cultural barriers to the vaccination programme – HPV is a sexually transmitted infection and talking about sex is taboo in Rwanda. Added to this, rumours that the vaccine could cause infertility made some parents reluctant to allow their daughters to be vaccinated.

Rwanda’s economy and history also made it seem an improbable candidate for achieving high HPV vaccination coverage. After the 1994 genocide, it was ranked as one of the poorest countries in the world. High-income countries had only achieved moderate coverage of the HPV vaccine; if the United States and France couldn’t achieve high coverage, how could Rwanda?

Worldwide, cervical cancer is the fourth most common cancer in women. There were an estimated 570,000 new cases in 2018 – and over 310,000 deaths, the vast majority in low- and middle-income countries. Sub-Saharan Africa has lagged behind the rest of the world in introducing the HPV vaccine and routine screening, which means the cancer often isn’t identified and treated until it has reached an advanced stage.

Almost all cases of cervical cancer are caused by HPV. It is one of the commonest sexually transmitted infections globally, and most of us are infected with at least one type of genital HPV at some point in our lives – usually as teenagers or young adults. In most cases the virus is harmless and resolves spontaneously without causing any symptoms such as genital warts.

The first vaccine against HPV became available in 2006. This was the culmination of decades of work, notably by scientists in Germany, who in 1983 discovered the link between HPV infection and cervical cancer.

“This was something nobody had achieved before,” Frazer says. They realised this empty, non-infectious HPV could be used as a vaccine to prevent HPV and cervical cancer.

The news that there was a new vaccine which could drastically reduce the number of women getting cervical cancer went around the world. But with the excitement about the new vaccine came the realisation that not all girls would have the same opportunity to receive it. It was likely that at least a decade would pass between its introduction in high-income countries and in low-income countries.

Today there are three HPV vaccines – Gardasil and Gardasil 9, made by Merck, and Cervarix, made by GSK. All are highly effective at preventing infection with virus types 16 and 18. The newest – Gardasil 9 – was licensed in 2014 and protects against nine types of HPV, which between them cause around 90 per cent of cervical cancers. 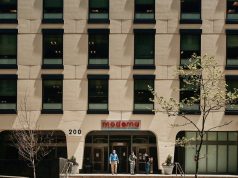