Saudi Aramco’s CFO, in the company’s first-ever conference call, on Monday told investors that the company is ready to go public, but that the timing will be up to its owner, the Kingdom of Saudi Arabia.

“Basically, the company is ready for the IPO. Now the timing of the IPO itself, this is a shareholder’s issue, and they will announce it depending on their perception of what would be the optimum market condition,” said Khalid al-Dabbagh, chief financial officer, reiterating the company’s previous stance.

Sources have said that the Saudi government, encouraged by the success of Aramco’s $12 billion debt offering, would like to move its plans for the IPO forward, and issue stock in 2020. The offering is expected to be the largest new issue ever, and represent just a small portion of the company’s equity. Saudi Crown Prince Mohammed bin Salman would like to see Aramco valued at $2 trillion, about $500 billion more than bankers are currently estimating, according to sources.

The company faces tough markets, where oil prices are volatile and near the 2019 low. Brent crude futures were trading below $60 a barrel Monday, and are down 18% over the past year. At the same time, energy stocks have underperformed, with the S&P energy sector up just 1.7% year to date, making it the worst-performing sector and well behind the S&P 500′s 2019 gain of about 16%.

“We, in Saudi Aramco, have delivered strong and unmatched financial results, despite lower oil prices and volatile market conditions. This is really a testament to our resilience,” said al-Dabbagh, noting the talks are in the early stages.

Saudi Aramco earlier reported first-half net profit of $46.9 billion, down from $53 billion last year due to the impact of lower oil prices. Free cash flow rose 6.7% to $38 billion, and it is that cash flow that some sources believe could help Aramco propel its valuation to $2 trillion.

“As you and everyone knows, India is a large country with large demand, and I think growing demand,” he said, adding the deal enhances the company’s global downstream strategy.

Earlier, Reliance Chairman Mukesh Ambani told his company’s annual meeting that Aramco is the biggest foreign investment in the company ever and among the largest foreign investments ever in India. Under the deal, Aramco would supply its Jamnagar refineries with 700,000 barrels a day of oil on a long-term basis, about half the refining complex’ s capacity.

Aramco said that it is focusing more effort on gas development, and that it is an area of growth. It also expects its Marjan and Berri developments to contribute production capacity of 2.5 million cubic meters of gas and 550,000 barrels a day of oil. Marjan is an offshore field off the east coast of Saudi Arabia. and Berri, also in Saudi Arabia, is both onshore and offshore. 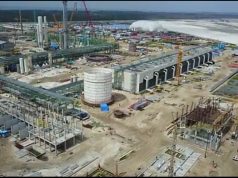 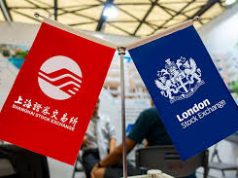