The agency under the leadership of Colonel Muhammad Mustapha Abdallah (Rtd) also witnessed the promotion of 6 Assistant Commandant General of Narcotics (ACGN), 20 Chief Narcotics Agents, 5 Commandants of Narcotics and 1291 others to motivate the rank and file to tackle the disturbing drug menace in the country. Another promotion exercise is ongoing for about 2000 staff in appreciation for their commitment and dedication to duty.

Findings also revealed that a part of efforts to restructure and improve on its operations, the agency has upgraded the directorate positions from 7 to 13 apart from upgrading the interdiction points at both airports and seaports across the country, just as the seaport has been upgraded to a directorate level with added responsibilities.

Through the instrumentality of Colonel Abdallah, the drug agency secured the presidential approval for the recruitment of 5000 personnel this year, which may likely be replicated in the next two years to wage war on various drug cartels in the country. The idea of the agency is to have enough personnel to man the operations of each local government area.

Meanwhile, in a document obtained by PRNigeria, it reveals that of the 3,834 suspects nabbed between January and August 2019, 3,465 were males while 369 were females as the agency secured a total of 150 convictions made up of 143 males and 7 females respectively.

According to the document, from the total number of tonnes of drugs seized, Cannabis Sativa weighed over 35 tonnes, while Opiates, Bariturates and Tramadol intercepted were 1,653, 1,501 and 1,405 kilogrammes respectively.

Available data indicates that Cannabis Sativa was the only locally cultivated illicit drug in Nigeria, while Cough syrups with codeine content had been banned since 2018 because of its widespread abuse.

Other seizures include: 82 kg of Cocaine, 15kg of heroine, 64kg of Methamphetamine, 128kg of Ephedrine, while cough syrup with codeine content stands at 530kg which was banned since 2018 because of its widespread and unacceptable abuse by the drug users.

Further investigations reveal that the agency destroyed 3, 660 hectares of cannabis farms last year and recovered 40 tonnes of the weed abandoned on the farms.

As part of efforts to ensure that drugs seized do not find their way back into the society which may constitute threat to public health, the agency sustained its public destruction of drug exhibits by burning.

A top official of the agency who would not want his name in print told PRNigeria that “Cumulatively, the agency publicly destroyed 375, 371.79 kilograms of illicit substances. This is made up of 14 tonnes of drugs seized over a period of two years in Adamawa.

“In Ondo State, the agency destroyed 110 tonnes while in Edo, it destroyed 136 tonnes, and set six tonnes ablaze in Jigawa.

In Delta, the agency recently destroyed approximately 90 tonnes of illicit drugs and 18 tonnes in Kogi,” he said.

He also noted that the NDLEA extended its dragnet to Tramadol, which had become a drug of choice for users.

However, about N32million is spent every month as administrative and operation cost which is a far cry from the required budget needed to carry out its activities. 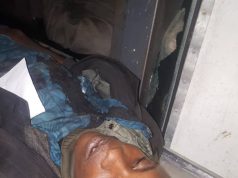