Nigeria’s total foreign trade (value of exports and imports) hit N8.60 trillion in the second quarter (Q2) of 2019, up from N8.24 trillion recorded in the previous quarter (Q1).

Ahmed, who was represented by Mrs. Anita Shittu, Director, Human Resource Management, Ministry of Finance, said this at the Third Quarter, 2019 PPP Units Consultative Forum meeting, on Thursday in Abuja.

Ahmed said that the ministry has also through PPP, undertaken a Road Infrastructure Development and Refurbishment Investment Tax Credit Scheme (The Scheme), under Executive Order 007 of 2019.

According to her, the objective of the gateway portal is to ensure that the government effectively tracks and manages all revenue accruable from import duties and other charges.

“It would also ensure accurate duty payment, streamline the process by which import duty waivers are granted and eliminate all forms of subjectivity in the grant of fiscal incentives.

“The project has two components. The development and deployment of bespoke software for the process and the management and operations of the system.

“The software was procured directly and has been deployed to the ministry. The ministry is in the process of procuring the management and operations part of the contract via PPP arrangement,” she said.

Ahmed said that the road scheme otherwise called ‘The Scheme” was an initiative that would enable private sector participants to partner with the Federal Government to bridge the road infrastructure gap in Nigeria.

She said it was intended to be a PPP intervention that would enable the Federal Government to leverage private sector funding for the construction or refurbishment of eligible road infrastructure efficiently and effectively. This, she said, would create value for money through private sector discipline.

“The scheme will also guarantee participants timely and full recovery of funds provided for the construction or refurbishment of eligible roads and road infrastructure through the grant of a tax credit.” 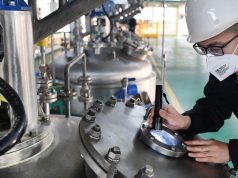